Not everyone is going to be able to afford a Spot Mini when it becomes available, but a Stanford Doggo is much more within reach. The only snag is that “some assembly is required”. See Doggo in action!

Doggo isn’t as big as Spot Mini yet,  a bigger version is under development, and it doesn’t quite have the four-legged movement style and speed, but the design does allow it to do some amazing moves:

What is important about Doggo is that it is fully open source. You can download CAD files and software from GitHub. There is also a lot of information on how to build it. The estimate is that you could build one for less than $3000, but with some changes and scavenging I think it could be a lot less.

The special thing about Doggo’s mechanism is that it is Quasi-Direct-Drive, which means it has gearing (which is bad), but it’s only a single-state 3:1 reduction (which is good). Direct drive has the promise to make robots fast and accurate. The problem with high gear ratios is the slack it introduces in the system. You can often run the motor for a few turns before the output shaft starts to move at all. Direct drive doesn’t have slack and so the response time is almost immediate. This also allows a fast estimation of the force applied and this makes more complex control algorithms possible. 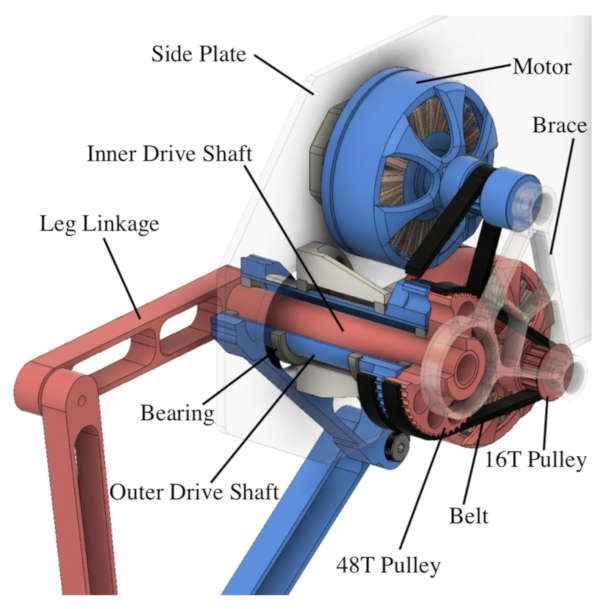 The problem is that direct drive needs special motors and hence expense. In this case a 10:1 reduction gets the best of both worlds. As the research paper says:

Careful consideration was given to the actuator and transmission selection which determined the trade-off between torque, transparency, and mass. A comparison with the Minitaur’s actuator (Table I) shows that the Stanford Doggo’s actuator has a 37% higher peak force and a 76% higher continuous torque at the cost of an 8% increase in total mass and three times increase in inertia.

The leg mechanisms are clever, if slightly elaborate. With two motors per leg it is possible to adjust the angle and length. 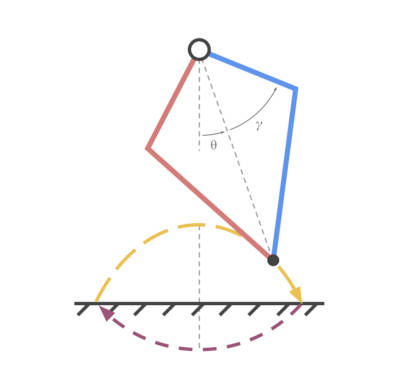 The leg is controlled by sending two angles to the driver electronics which then implements a PD controller to generate the torques needed to obtain the position. 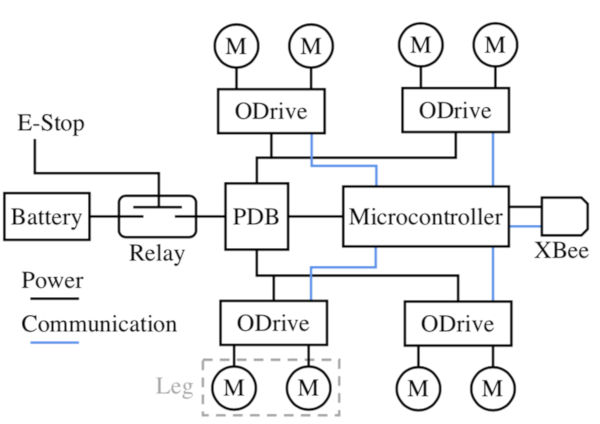 This could be an excellent group project and there is lots of room for developing other aspects of the platform.

Source: Stanford Doggo – The Quadruped For The Rest Of Us

I spent a good chunk of Saturday afternoon hanging out at the Homebrew Robotics Club booth at Maker Faire Bay area. They...