Share this:
A new Raspberry Pi extension module called Talking Pi, manufactured by Joy-it and marketed by Conrad Business Supplies, serves as an extension to allow the control of lights, individual power sockets or devices by voice command. Talking Pi is equipped with a bracket holding 433-MHz radio modules. With this and the integrated motor control, the range of applications, Conrad BS ays, can be extended significantly. 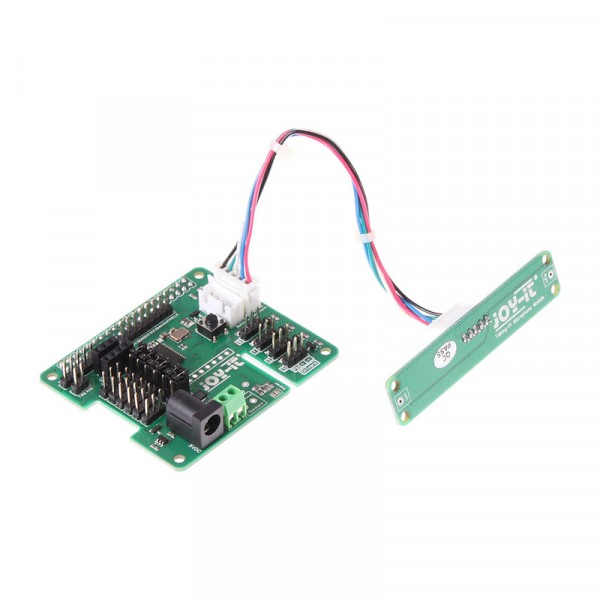 It is possible to address devices and circuits via Raspberry Pi’s GPIO interface for a selection of applications.
Besides compatibility with Google Home, there is a six-channel servo PWM control for robots or robot arms. Jumpers can be used to make the module switchable between GPIO and an additional servo PWM unit. A stereo microphone is on an additional board and the integrated I2S sound output driver allows connection of a 3-watt loudspeaker.
The company has also announced that it will soon release and an additional module to connect another speaker for stereo sound output.
For servo motors, an integrated 5-V barrel connector is available.
The module measures 64 x 10 x 54mm for installation in space-sensitive areas such as enclosures as well as integrating into existing applications.

The Talking Pi from JOY-iT is your intelligent, universal open source speech control assistant for the Raspberry Pi. The extension module is compatible with Google Home / AIY project. Simply use voice commands to control home lighting, switch your power outlets on and off or activate your coffee machine when you open the front door! There are hardly limits to your imagination.

The Talking Pi is equipped with a bracket for 433 MHz SRD radio modules. Furthermore, it is possible to address devices and circuits via the GPIO interface of the Raspberry Pi. Another highlight is the 6-channel servo PWM control with microsecond accuracy. This allows you to control robots or robot arms, for example.

“NanoEngineers” research group at Iowa University have been devoting efforts to use graphene and its amazing properties in their sensors and...