Last time around, we proved that the Raspberry Pi could indeed be integrated into a Heng Long Tiger I RC tank, and so control its functions. That’s a significant achievement, but there’s plenty more to do. 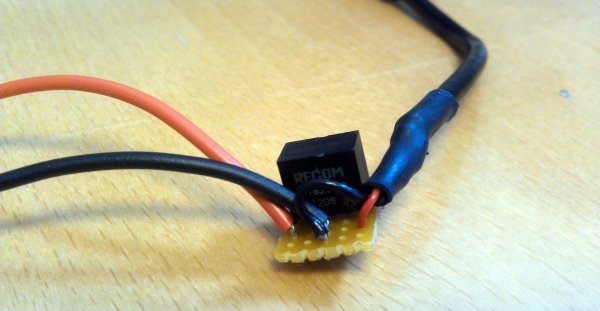 Firstly and most importantly, we can’t yet drive the tank around because the Raspberry Pi is still dependent on a power source, keyboard input and video output – each of which is a cable connecting the tank to a computer. On day nine of the build diary, we cut one of those dependencies, resulting in a Raspberry Pi that is powered from the tank’s internal battery. Compared to previous days, this was a relatively simple matter.

The tank’s power supply comes from a 7.2V NiCd battery. The Pi’s power input is a very strict 5V ±5%, so we sourced a component that could convert one to the other. The Pi’s maximum current draw of around 1A was also a consideration. A cheap voltage regulator such as the ubiquitous LM7805 could do the job, but it would need protective capacitors in parallel with it, and would also give us a heat dissipation problem – the regulator would get rather hot stepping 7.2V down to 5V at 1A, and the plastic body of the tank gives us no convenient heat sinks. 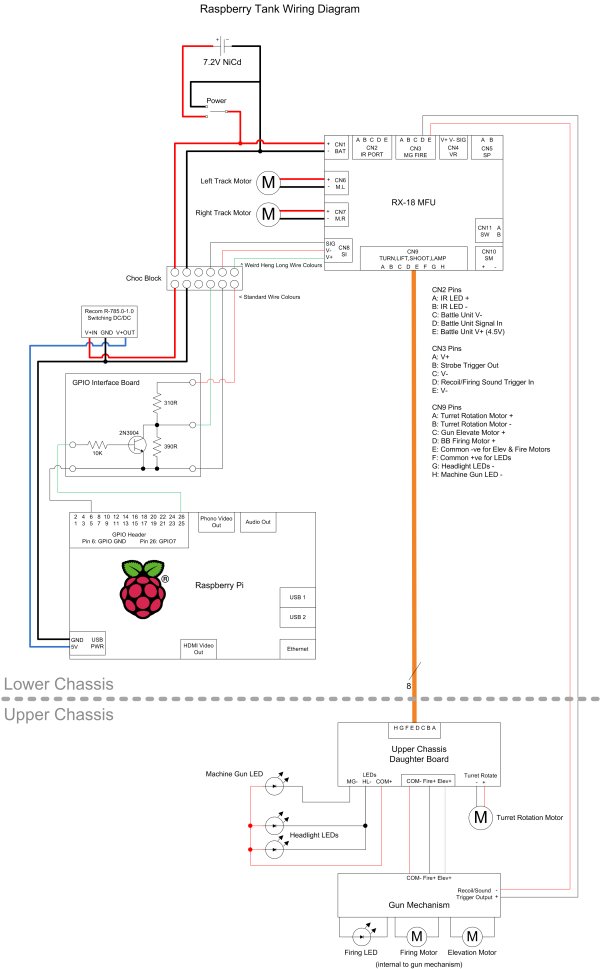 Instead of a regulator, a switching DC/DC converter was chosen, specifically a Recom R-785.0-1.0. This provides exactly the voltage and current output we need, with a higher efficiency so less heat dissipation. The tank’s 7.2V battery is well within its input range, even accounting for possible voltage drops when the battery charge is low.