The project is inspired by the robot named ‘TARS’ from the movie Interstellar. I tried hard to make my robot look like the actual TARS. 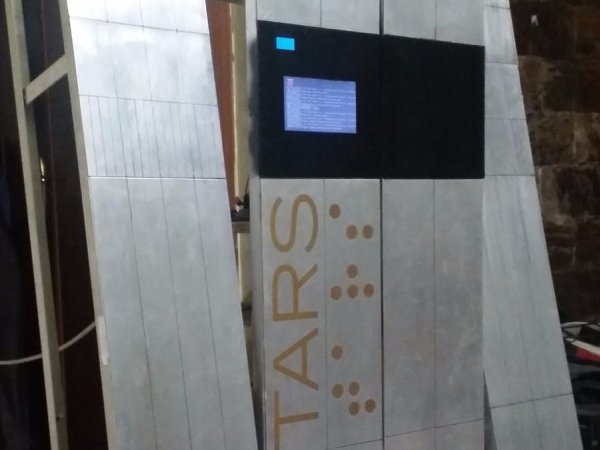 TARS is a robot that appeared in the movie Interstellar. The first thing you’ll notice is that it doesn’t look like a humanoid, but still it has all the capabilities and the intelligence.

TARS has a shape of a cuboid which is divided into 4 independent pieces and are connected by the different hinges, that allows it to do movements like roll and walk. 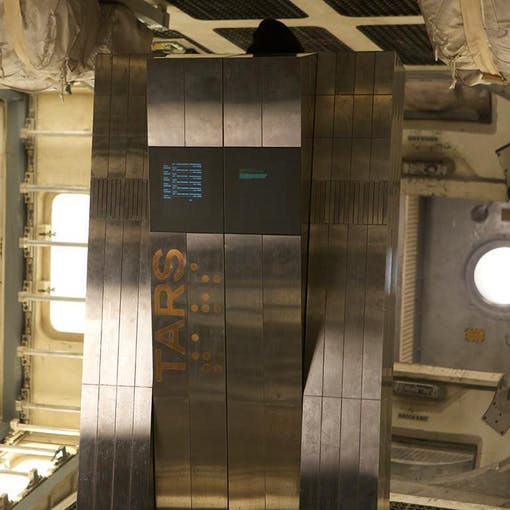 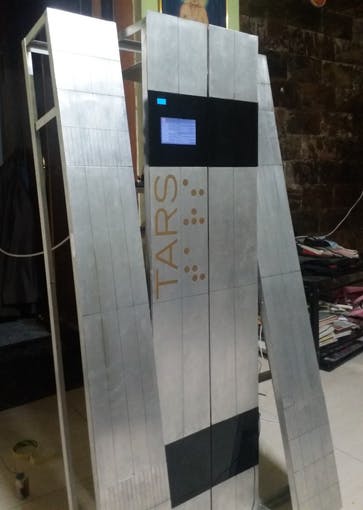 The structure is simple, as you can see it has 4 legs but no arms (work in progress). The chassis is made up of aluminum angles, onto that aluminum plates are glued.

The two legs in the middle are tied together and don’t move, I did this because to spin either two legs requires a stable structure. Each leg weighs around 1.5kg which is a lot for those DC motors. Also, it prevents the wobble of the robot.

The aluminum plates are cut into 5 parts, and the lines are scored with the scoring tool. 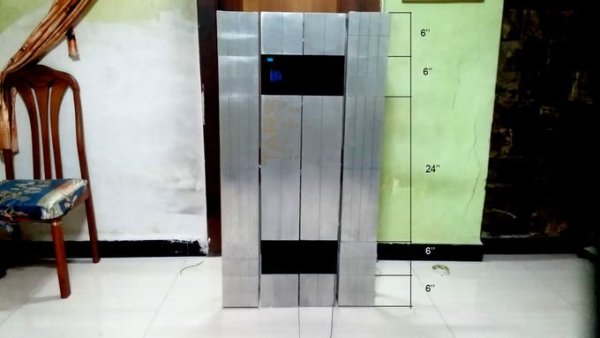 Because of only one point of contact, the rotating legs are not exactly straight; they’re slightly leaned towards the outer side.