This article will discuss and demonstrate how to build a remote Temperature and Humidity sensor based on a Whisper Node and a DHT11 (worst sensor ever, I know)., capable of running for well over a year on a single CR2032 coin-cell. 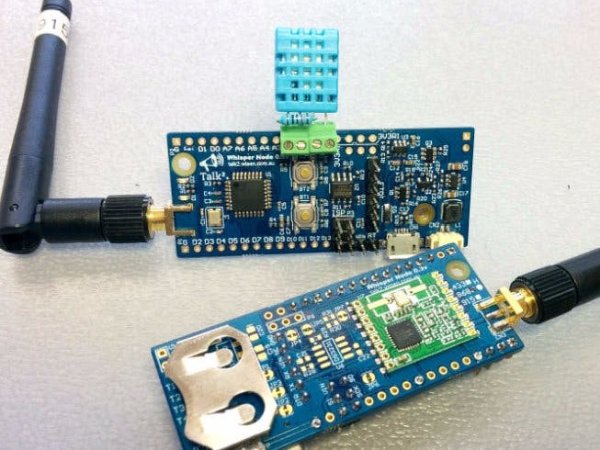 The remote node will be configured to transmit data every 60 seconds to another Whisper Node, acting as a gateway/base station and located 100 meters away. The data will be finally uploaded to a Google Could server running InfluxDB and Grafana to display the data.

Be aware that this won’t be a short 20 lines story! The information here will focus on low-power measurement and techniques, as well a detailed analysis of how much energy we really have available from a coin-cell.

This post will present many practical tests and some maths, sparing some common knowledge like: how to put your Arduino to sleep, which can be easily found on the Internet.

We all know, or at least have an idea, how to put a few sensors and an Arduino together. It’s great and lots of fun to see the data being collected and printed over a Serial Terminal. Unfortunately things start to get more complicated when we need to move this bench sketch to the real world scenario. Normally far away from a computers, power-outlets or USB cables.

Knowing there are difficulties and pit-falls, this article aims to guide the reader through how a real-life, remote, low-power solution can be built to work according to the expectations. The Temperature and Humidity sensor is just an example and similar principles can be tailored for many other project.

Finally, the reason for choosing the DHT11 and a CR2032 was to create a sense of bigger challenge. If you already had the opportunity to work with both parts you know that the DHT11 is a very slow and clunky sensor, theoretically incompatible with low-power. At the same time the CR2032 has very little capacity, no more than 650 milliwatts hour* of energy!

*For comparison, a single AA Alkaline has over 3000 milliwatts hour!

So readers don’t get bored, I’ve decided to show part of the final results before getting into the full technical details. Below you can see two Grafana screen-shots using the data published to the cloud, followed by the prototype and final hardware: 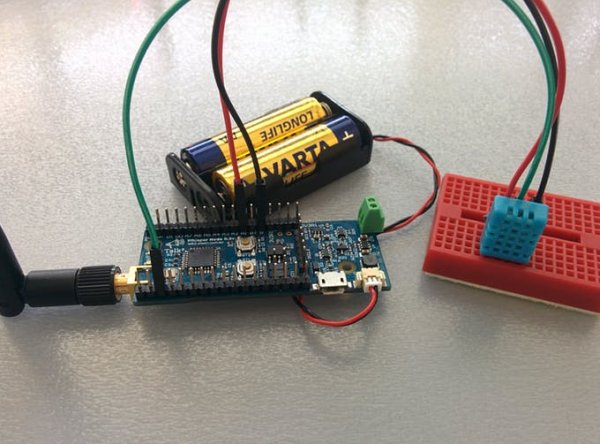 In terms of energy, we conclude that our solutions had only 171mA/h @ 3.3v available. In other words 564mW/h, and we’ll prove that we can make it run for almost two years!

All calculations, together with practical scope captures will be demonstrated below. Although it might sound boring and difficult, you just need to know how to add, divide and multiply.

As a final word, low-power is not quite the most simple subject, some thinking, persistence and trial+error are necessary to get the most of a battery.