The purpose of this project is creating a cooling system by controlling in a DC fan in a simple way without using Microcontrollers or Arduino but by using electronic components that it’s very simple and available.

This fan works when temperature reach into pre-specified threshold. 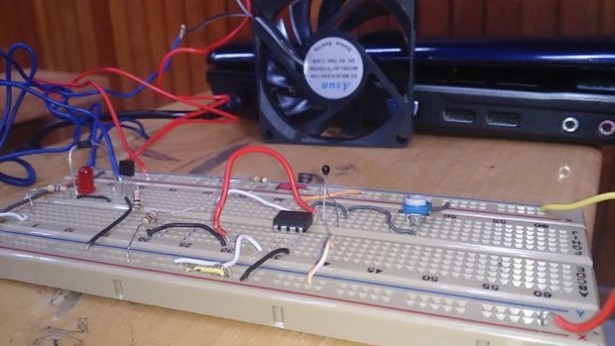 When the Temperature increase ,the voltage drop at both ends of the thermistor will decrease , which leads to light the first led “The green Led” pointing to increasing temperature.

LM358 contains two operators amplifiers which we use it as a comparative.

We use the Transistors as switch.