Skip to content
Tennessee Senator Steve Dickerson of Nashville and Representative Jeremy Faison of Cosby, have filed a bill which would allow political campaigns to accept bitcoin contributions.From the text of the bill: “Any increase in the value of digital currency being held by a candidate or political campaign committee shall be reported as interest on any statement filed…” and the bill requires the candidate to sell “digital currency and deposit proceeds before spending the funds.” 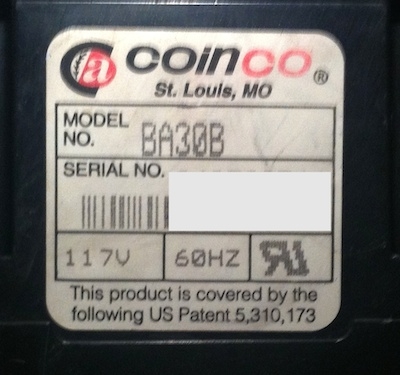 The bills primary sponsor, Senator Dickerson, explained to CoinDesk that the FEC advisory opinion regarding bitcoin acceptance needed clarification for state political campaigns, “There was possible ambiguity as far as state races. This bill would remove any ambiguity.”

A summary of Senate Bill 0674 and its companion House Bill 0701 is found at the state legislature’s website.

Update, 9/11/2014: I found the exact manual for the Coinco acceptor, this replaces the previous version. I have also found a manual for the 120VAC relay that the coin acceptor controls.

The next update to this post will contain schematics and some thoughts on where to exploit the relay or Coinco acceptor with a prototyping board.

Update, 11/ 2/2014: I’ve added a schematic below the description of the machine and some more information about the circuit between the coin changer, the Jones plug it uses to interface with the hardware of the vending machine, and the relay that initiates different “states” of the vending machine.

My hypothesis is that the three states that the machine exists in are standby (or ACCEPT COINS), selection mode, and the mechanical delivery/vending of cans. These three modes appear to be controlled by a relay with three switches (a double throw triple pole relay, technically). More information in the Relay section.

Also, I should mention that I am not an electrician. This documentation is for myself and as a reference for people I will be consulting with. 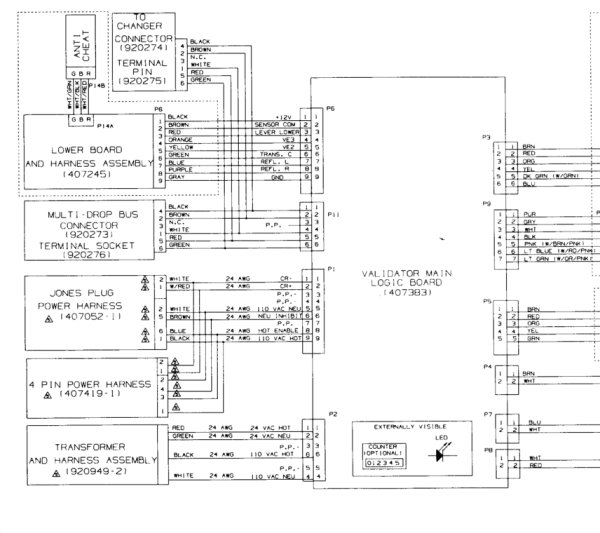 An Overview of the Vending Machine

The Dixie-Narco machine that the Nashville Bitcoin Network is collectively hacking is from the late ’80’s — which is great because it reminds me of the machines I grew up pumping quarters into.

Description of the vending machine:

This Raspberry Pi power supply circuit, also known as Sally after my cat, is a high-end circuit to power the...