Nano-photonic transistors processed at low-temperatures can be fabricated atop complementary metal oxide semiconductors (CMOS) to boost switching time by ~5,000-times less than 300 femtoseconds (fs) or almost 4 terahertz (THz), according to researchers at Purdue University. The aluminum-doped zinc oxide (AZO) material from which these optical transistors are fabricated has a tunable dielectric permittivity compatible with all telecommunications infrared (IR) standards.

“The limiting time is ~300fs for a speed of ~4THz although it could be faster if you sacrifice some of the performance,” doctoral candidate Nathaniel Kinsey told EE Times. Kinsey is working with Purdue University (West Lafayette, Indiana) professors Alexandra Boltasseva, a EE, and Vladimir Shalaev, the scientific director of nano-photonics at Purdue’s Birck Nanotechnology Center.

“What is important,” Kinsey continued, “is that electrical transistors are limited by the RC delay time while the limiting mechanism for our ‘all optical transistor’ is recombination time. These are entirely different mechanisms and the latter could enable much more freedom in engineering performance and responses to reach faster switching speeds than the electrical counterpart.”

The transparent conducting oxides making up these photonic transistors are CMOS-compatible materials with low optical loss that can be processed at temperatures low enough for back-end-of-line (BEOL) fabrication. Their metal-like, versatile and tunable behavior makes them ideal for fabricating optical transistors atop CMOS chips, however in the past their slow electron-hole recombination time for emitting photons exceeded 100 picoseconds thereby limiting the speed with which signals could be modulated. Purdue University researchers have now cut that time to less than 1 picosecond–speedy enough for optical transistors that outperform silicon. The AZO films were fabricated with deep-level defects with an ultra-high carrier concentration enabling demonstrations by the researchers of 40 percent reflectance modulation levels with excitation and recombination times under one picosecond at low power–less than 4 miliJoules per square m2–when at the telecommunications wavelength of 1.3 microns. 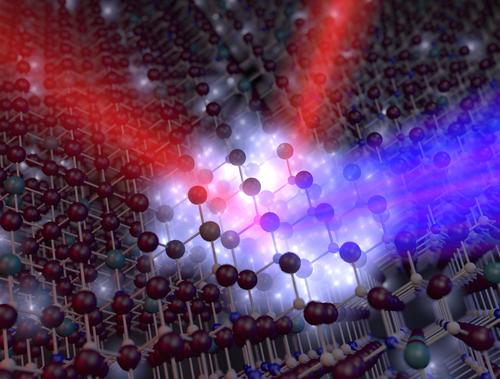 Efficient Internet of Things (IoT) designs must balance a host of requirements that often work against each other. Low cost...