If statistics are anything to go by, then the smartphone market is predicted to go on a downfall. This might be attributed to the fact that most smartphones nowadays look almost similar to each other, break easily and they are not getting even smarter. The question is, will consumers ever get a more reliable smartphone? Well, worry no more. In comes the DOOGEE S90 (https://s90.doogee.cc) modular rugged phone to the rescue, with a impressive design concept of an all-in-one phone with limitless possibility. This new product is the latest generation of DOOGEE S series rugged phone. The Chinese manufacturer has been known to produce quality rugged phones before, and now they have not disappointed with the modular S90, which is said that will be debuted on crowdfunding platform.

The DOOGEE S90 comes with four modules which give an all-in-one alternative to buying separate gadgets. Its modular design is by far the most impressive one in today’s market. It is easy to mix, match and swap its modules by magnet, and they work instantly when slid into the slot on the S90 back cover with a snap. The following are the four modules of the DOOGEE S90. 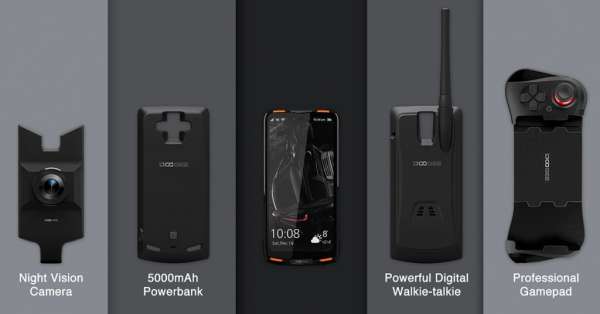 The dog days of summer have come and gone, folks. But that doesn't mean the fun is over. In fact,...