As the BeagleBone approaches one year old a look how it compares with its slightly younger, not-so-distant but arguably more glamorous relative, Raspberry Pi.

When the BeagleBone was announced it caused quite a stir with its combination of a reasonably powerful ARM-based SoC, hacker-friendly nature and low price point. However, it wasn’t long before it was eclipsed by the similar but even lower cost Raspberry Pi, which in the UK received much coverage in the mainstream media and quickly went on to become a household name. 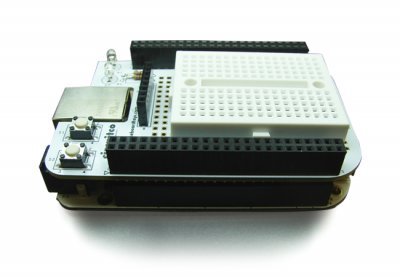 Since the Raspberry Pi has become so well known it serves as an excellent benchmark for other embedded platforms, and a closer comparison of the Pi and BeagleBone is useful as it brings to light their respective strengths. What follows is a comparison of just some of the major differences and for comprehensive details consult the official documentation.

The Raspberry Pi and BeagleBone both use SoCs with an ARM processor clocked at around 700MHz and each have 256MB RAM. However, the AM3359 SoC used by the BeagleBone employs an ARMv7 core whereas the Pi uses an older ARMv6, with the BeagleBone therefore benefiting from a dual-issue superscalar architecture and NEON SIMD extensions. In terms of execution speed the BeagleBone comes in at 1440 DMIPS compared to the Pi’s 965 DMIPS.

Both boards include Ethernet and USB, but the BeagleBone’s Ethernet MAC is provided by the SoC whereas the Pi provides Ethernet via another chip which hangs off USB. Meaning that the aggregate I/O throughput of the BeagleBone is going to be higher than the Pi.

Other I/O related considerations include that the mini-USB socket on the BeagleBone is connected to a dual port USB hub, which is in turn routed to the SoC USB and an FTDI USB-serial converter that can be used for console access and JTAG debugging. The SoC USB accessed via this port can be configured to either present the SD card as a storage device or provide Ethernet-over-USB. In contrast the Pi’s mini-USB is used only to supply power to the board. 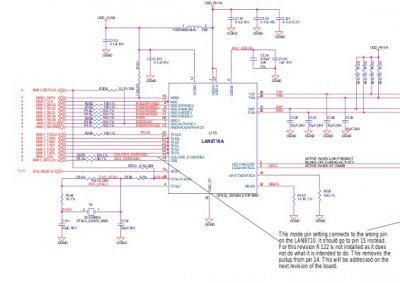 With 65 pins of GPIO the BeagleBone offers more scope for expansion than the Raspberry Pi with its 17 pins, and it uses two 46 pin headers to provide support for stackable expansion boards similar to Arduino shields, albeit named capes so as to avoid confusion. The BeagleBone also provides 7 analogue inputs with a resolution of 12 bits, whereas the Pi has no on-board ADC.

For more detail: The BeagleBone Revisited

E-Book description: Since its launch in 2011, the Raspberry Pi has found a role both as a very low-cost  Linux-...