The first thing you need to figure out is what you’d like to make: a garage door opener, a gate opener, a temperature recorder, or light controller, etc.

You may want to be able to access the device, not only over your local network but over the Internet so that it is accessible from your mobile device, for example. 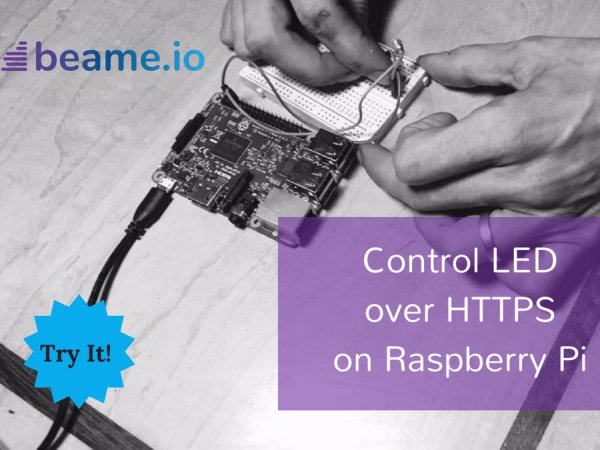 Beame.io allows the issuance of publicly-trusted TLS credentials and access directly to the target device with end-to-end encryption provided by TLS accessible from any browser in the world. In essence, you work and develop on the device as if it were a normal web server. Beame.io can deliver HTML pages, Javascript, and other normal web server functionality. And with Beame.io, the device has its own keys, cert, and a tunnel making it accessible from anywhere. There are also options in Beame.io for TLS on a local network, but that’s a bigger topic.

From a security standpoint, it accomplishes several important things, like:

In this tutorial, we will focus on deploying a simple light on/off program directly from your Raspberry Pi via TLS to any browser in the world. The next question will obviously be: how do we restrict access to a particular device? Beame.io has a lot to tell and show on this subject, but, for now, let’s use a really basic example.

To install the Raspberry Pi, you first need to download and install NodeJS (6.9.*). To do this, you will need to get SSH access to the Raspberry Pi and get the Pi on the network. We will not cover this here, but you can follow here.

Then proceed to install beame-insta-ssl

Initially, it is easiest to receive your first set of credentials directly on the raspberry using an auth token from Beame.io.

We will cover this in the next tutorial, as well. If you will be using Beame.io in any serious fashion, you will want the root credentials to be somewhere else other than on the Raspberry, but, for now, this is the quickest and easiest way.

Getting Your First Token

To get your first token, you need to go here and prove that you are not a bot. You will receive your token in the email:

In this particular example, I have not created a webpage but rather just parsed the URL for the on/off.