Under given is my list of top 10 alternatives of raspberry pi 2 boards for embedded system developments. 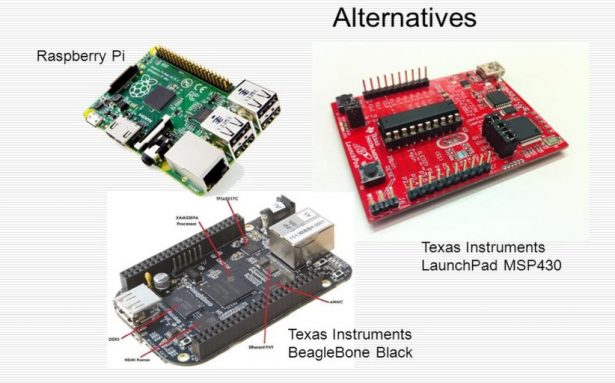 1. ODROID-XU4 Board as Raspberry PI 2 alternative

ODROID-XU4 is a new generation of computing device with more powerful, more energy-efficient hardware and a smaller form factor.
Offering open source support, the board can run various flavors of Linux, including the latest Ubuntu 15.04 and Android 4.4 KitKat and 5.0 Lollipop.
By implementing the eMMC 5.0, USB 3.0 and Gigabit Ethernet interfaces, the ODROID-XU4 boasts amazing data transfer speeds, a feature that is increasingly required to support advanced processing power on ARM devices.
This allows users to truly experience an upgrade in computing, especially with faster booting, web browsing, networking, and 3D games. 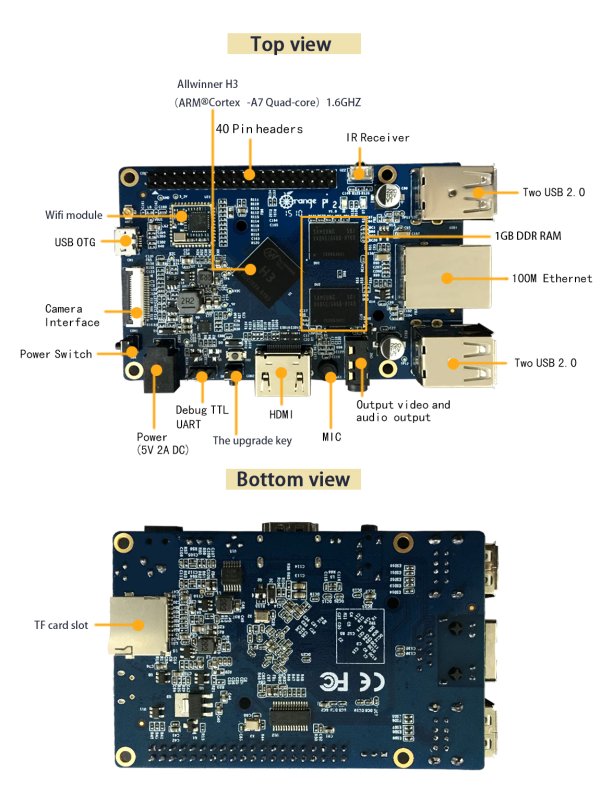 What can I do with Orange Pi 2?

Orange Pi 2 is for anyone who wants to start creating with technology – not just consuming it. It’s a simple, fun, useful tool that you can use to start taking control of the world around you. 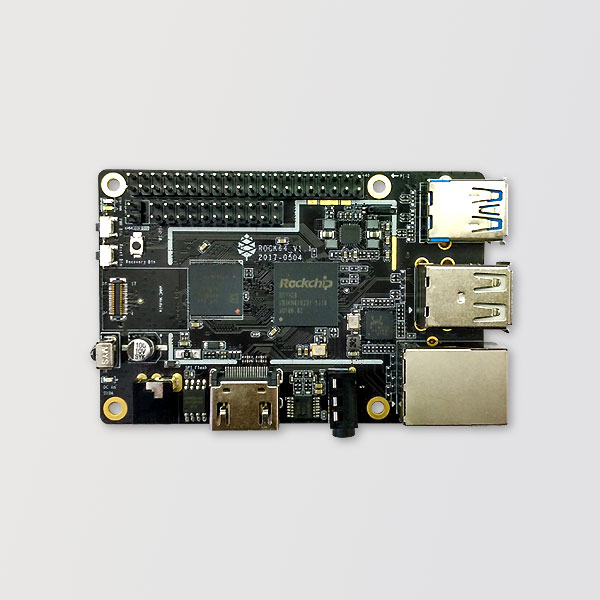 ROCK64 is a credit card size 4K60P HDR10 Media Board Computer powered by Rockchip RK3328 Quad-Core ARM Cortex A53 64-Bit Processor and support up to 4GB 1600MHz LPDDR3 memory. It provides eMMC module socket, MicroSD Card slot, Pi-2 Bus, Pi-P5+ Bus, USB 3.0 and many others peripheral devices interface for makers to integrate with sensors and devices. Various Operating System (OS) are made available by open source community such Android 7.1, Debian, Yocto and many more to come. 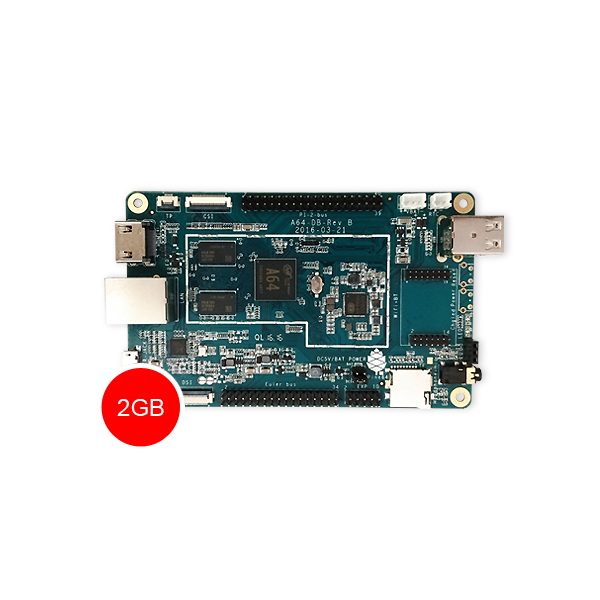 Note: You might want to consider newer revision board Pine A64-LTS 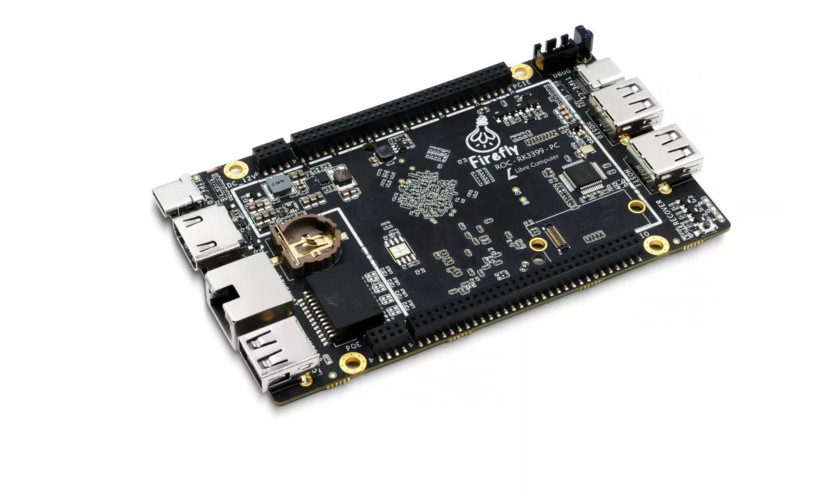 The Raspberry Pi is one of the most versatile platforms around, spawning a ton of credit card-sized computers. It’s not the best platform for 4K content and graphically advanced games though, so we’re glad to see the more capable Renegade Elite break cover.

Libre Computer, the company behind the platform, is set to run an IndieGogo promotion for the device, Liliputing reports. Pre-orders start at $100, which is way more expensive than the $35 Raspberry Pi 3 Model B Plus, but you’re getting a solid upgrade.

For one, the Renegade Elite has a hexacore processor, featuring two powerful Cortex-A72 cores and four lightweight Cortex-A53 cores. The Elite also packs a Mali-T860 MP4 GPU and 4GB of RAM. Meanwhile, the latest Raspberry Pi sports four Cortex-A53 cores (no heavy lifting cores here), a VideoCore GPU, and 1GB of RAM. In plain English, the Elite should deliver faster loading times and a smoother experience. 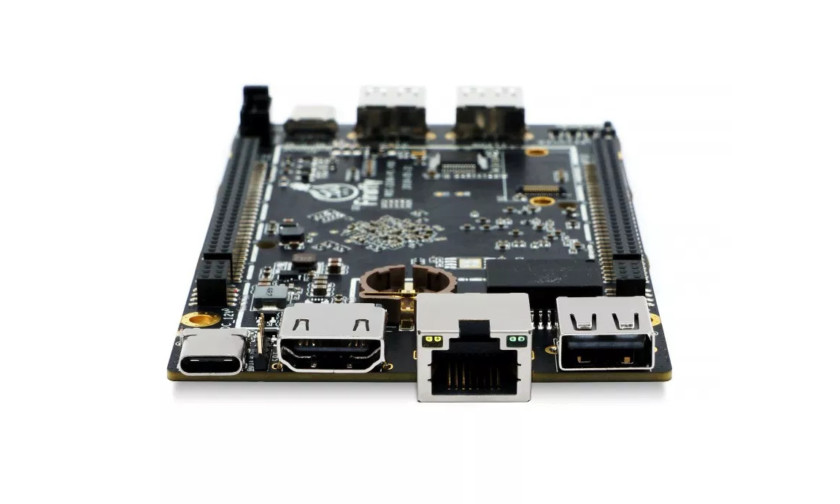 The extra power means 4K video content shouldn’t be a problem for the Renegade Elite — the Raspberry Pi apparently handles 4K at a poor framerate. So if you’re hoping to watch UHD content on a monitor or TV (and don’t want an Android TV box), this might be up your alley.

The improved grunt should theoretically equate to more advanced games than the Raspberry Pi too, so the latest Android titles (e.g. PUBG) should run at a decent framerate. The board also seems ideal if you want to create an emulation station, as the horsepower means PSP emulators and the like should run at a decent clip.

The Renegade Elite isn’t the only major Raspberry Pi rival on the market now, either. Some of the more prominent (and affordable) boards include the $60 Asus Tinker Board, the Rock64 (up to $45), and Libre’s own wonderfully named Le Potato ($25). All of these boards support Android in some form also, meaning familiar apps are but a few steps away.

The NanoPi 2 Fire is a high performance ARM Board developed by FriendlyARM for Hobbysts, Makers and Hackers for IOT projects. It features Samsung’s Cortex-A9 Quad Core [email protected] SoC and 1G 32bit DDR3 RAM. It has a Gbps Ethernet port. It boots Android and Debian from a TF card. It integrates an HDMI and LCD interface. Its adoption of the Raspberry Pi’s GPIO pin header makes it compatible with both Raspberry Pi’s external GPIO modules and Arduino’s shield boards. Its PCB dimension is 75 x 40 mm.

Board Views and Diagram

The ASUS Tinker Board is a single board computer launched by ASUS in early 2017. Its physical size and GPIO pinout are designed to be compatible with the second-generation and later Raspberry Pi models. The first released board features 4K video, 2GB of onboard RAM, gigabit Ethernet and a Rockchip RK3288 processor running at 1.8 GHz.[1] 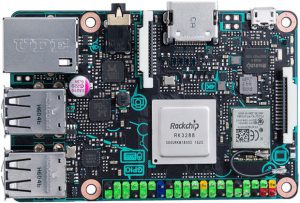 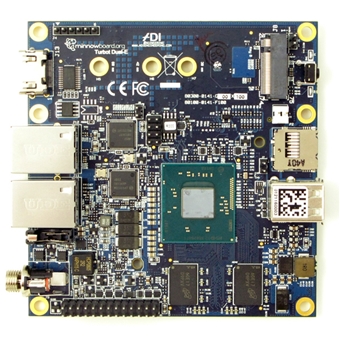 The MinnowBoard Turbot Dual Ethernet board is a state of the art compact and affordable open source hardware platform that puts the power of a 64-bit Intel Atom into your hands. The system is perfect for DIY makers and developers who wish to explore a variety of uses including network appliances, firewalls, IoT and other embedded applications and products. It is compatible with a variety of open source operating systems including pfSense, OpenBSD, etc. OS support is available on MinnowBoard.org for Windows, *BSD, Linux, Android, Wind River Linux and Yocto Project.

THIS SKU IS THE BOARD ONLY. Add your own power supply, M.2 SSD, enclosure, etc. For full system click here.

The MinnowBoard Turbot is intended to comply with all requirements and guidelines set forth by the Open Source Hardware Association (http://www.oshwa.org/)

Some lures require a larger power supply. Check with the lure manufacturer for power requirements. 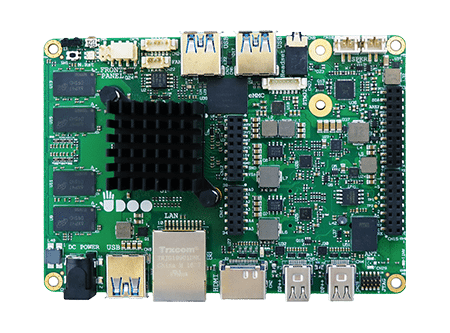 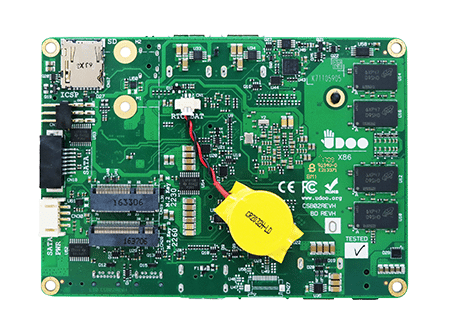 UDOO X86 is the New PC: the most powerful x86 maker board ever and an Arduino™ 101-compatible platform, all embedded on the same board.

You won’t ever worry about lack of drivers or stuff like that. This is a true next-generation computer.

It is based on Quad Core 64-bit new-generation x86 processors made by Intel®, designed for the PC domain. Prodigious processors concentrated in 14 nm, with an amount of energy consumption of 5 or 6 Watt.

You can check out our Kickstarter Campaign.

* The communications between the Braswell SOC and the CurieTM SOC come through a USB interface, exactly like Arduino 101 / Genuino 101 boards connect to external PCs. 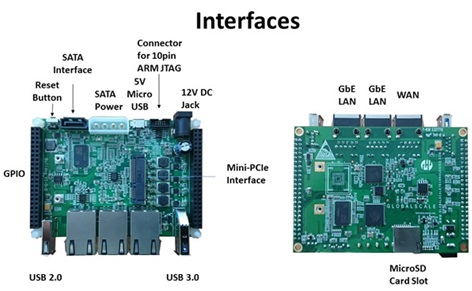 I needed to control a DC motor from my Raspberry Pi’s GPIO port as part of my time-lapse dolly project....