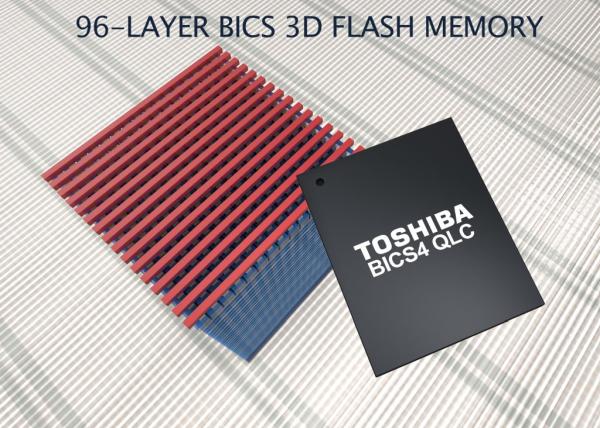 Toshiba Memory has long been at the forefront of delivering SSDs that enable smaller, thinner, lighter, and more power efficient mobile designs. The company was the first to develop a single package PCIe® SSD, and the introduction of the fourth generation BG series represents another pioneering achievement as the densest client SSD by volumetric measurements[2]. Utilizing Toshiba Memory’s innovative 96-layer BiCS FLASHTM 3D memory, BG4 increases the maximum capacity from 512GB to 1024GB (approximately 1TB)[3] and provides a slim 1.3mm profile for capacities up to 512GB[4]. Furthermore, the BG4 series doubles the PCIe Gen3 lane count from 2 to 4, delivering more performance in the same power envelope when compared to the prior generation product.

Performance improvements[5] over the BG3 series include:

The BG4 is set to rapidly replace SATA SSDs in notebooks and PCs,” said Paul Rowan, vice president of the SSD business unit of Toshiba Memory Europe. “Not only because of its performance that exceeds client SATA drives up to 4 times[8], but also because of its reduced power consumption and compact footprint.