It is possible now to turn your iPad into a second display using Luna Display! Luna Display is a hardware solution that extends your Mac desktop to your iPad, creating a wireless second monitor maintaining high resolution. 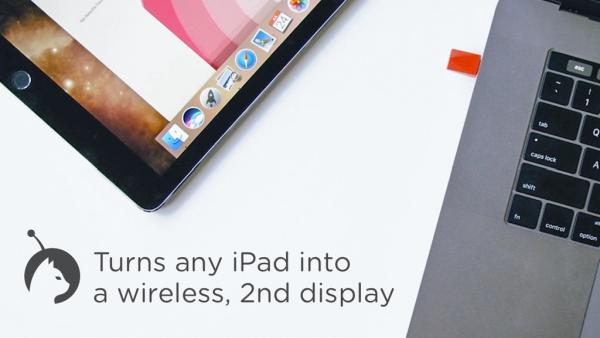 In fact, Luna is one of Astro HQ products, a startup working on delivering tools for designers and animation creators. It is originally  founded by two ex-Apple engineers, a reason to understand the loyalty for Apple products!

With no complicated settings, you can set up Luna in seconds using your already available Wi-Fi. This feature is Powered by Astro HQ LIQUID technology. Anyway if Wi-Fi is not available, USB can be the alternative.

Works with any modern iPad – Luna requires an iPad running iOS 9.1 (or later): iPad 2 (or later), any iPad Mini and any iPad Pro.

You can perfectly use Luna Display with the software Astropad, a software that allows you to draw directly into your Mac apps using your iPad and it works over wifi or USB.
“Luna extends both Astropad Standard and Astropad Studio to provide the ultimate drawing experience with the best second screen solution for iPad. If you are a creative professional, Luna has been designed with you in mind.”
Read more: Turn Your iPad Into A Second Screen with Luna

A research group at the University of Hamburg has created a unique coulomb transistor that operates on the principle of...