There are thousands of free radio stations on the internet, and with this project you can listen to all of them from one tiny little box. So let’s build our streaming radio using a Raspberry Pi, a speaker and a few odds and ends… 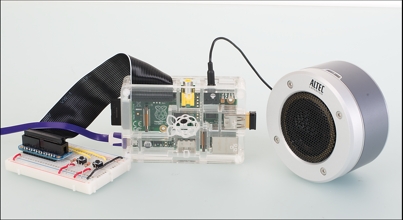 Firstly, we need to prepare our Pi. Using Raspbian, and a Pi connected to the internet, open a terminal and switch to the root user:

And update your list of packages, then upgrade your Pi to the latest software:

We need to install the Python packages to access the GPIO. In a terminal, logged in as root, enter the following.

Now install MPlayer, which is what will be playing our audio.

Step 03 Set up your hardware

We will be using GPIO 23 and 24 to provide connections for two push buttons.

You will need 4 female to male leads to connect GPIO 23,24,3v3 and GND to the breadboard. You will also need 4 male to male leads, and 2, 220 ohm resistors. Please refer to the diagram for wiring guidelines. 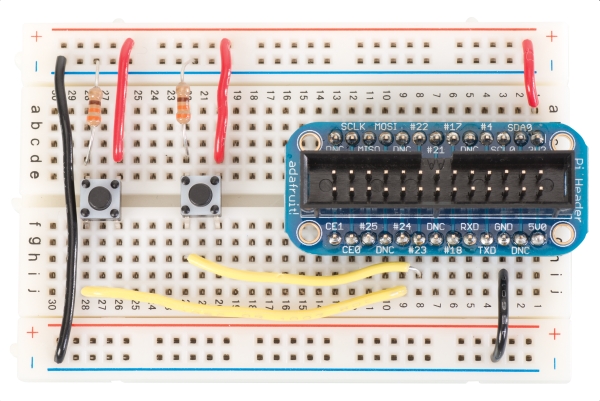 Copy the code listing into a file called radio.py and put that in your home directory – we’ll use the code as is for this guide, but feel free to edit the code to suit your needs later on.

Now open a terminal and switch to root, and edit your network interface config:

We want the Pi to automatically connect to your router via Wi-Fi during boot.

Edit your /etc/network/interfaces file to resemble this:

Replace the “ssid” and “password” with your own details, but keep the quotation marks.

Step 06 Configure the radio to start at boot

In a terminal, as root, navigate to /etc/init.d/ and then create a file called radio
using nano.

For more detail: Turn your Raspberry Pi into a portable Wi-Fi streaming radio

This aims to show the reader how to build a simple Pan tilt mount using readily available stepper motors and...