The Canonical development team has today announce the availability of Ubuntu 22.10 Kinetic Kudo, bringing with it wealth of new features including toolchain updates to Ruby, Go, GCC and Rust, MicroPython support and more. Codenamed “Kinetic Kudu”, this interim release improves the experience of enterprise developers and IT administrators. It also includes the latest toolchains and applications with a particular focus on the IoT ecosystem. 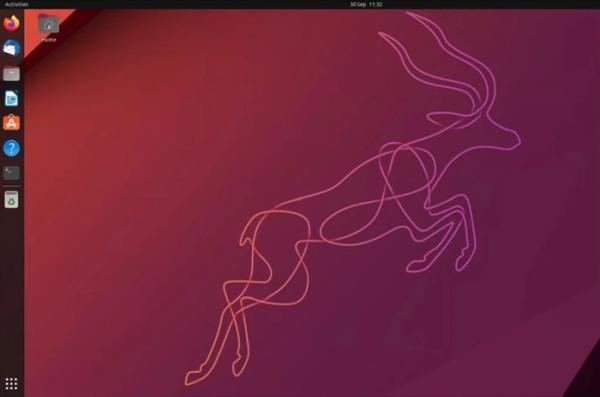 “Connected devices are an exciting area of innovation that also create new digital risks in the home and the business. We are focused on enabling a new generation of easy to use and highly secure IoT, so these developers in particular will find a number of quality of life improvements for embedded device and remote development in Ubuntu 22.10”, said Mark Shuttleworth, CEO of Canonical. ”This release also brings new capabilities to our enterprise management story. The new Landscape beta makes it easier than ever to administer your entire Ubuntu estate across any architecture”

OpenSSH in Ubuntu 22.10 is configured by default to use systemd socket activation, meaning that sshd will not be started until an incoming connection request is received. This reduces the memory footprint of Ubuntu Server on smaller devices, VMs or LXD containers. Ubuntu 22.10 also comes with a new “debuginfod” service to help developers and admins debug programs shipped with Ubuntu. Debugging tools like gdb will automatically download the required debug symbols over HTTPS.”

“Ubuntu 22.10 now supports MicroPython on a variety of microcontrollers, including the Raspberry Pi Pico W. rshell, thonny and mpremote are all available in the Ubuntu repositories. The Ubuntu graphics stack transition to kms means developers can run Pi-based graphical applications using frameworks like Qt outside of a desktop session and without Pi specific drivers. This complements expanded support for a range of embedded displays for the Raspberry Pi, including the Inky eInk HAT series, Hyperpixel range and the Raspberry Pi Official Touchscreen.”

To download the latest release of Ubuntu 22.10 Kinetic Kudo jump over to the official Canonical website by following the link below.

The BK9801 is a programmable AC Power Source and measurement tool delivers a maximum of 1500VA through the universal line...