As expected, the makers of the UP family of single-board computers have launched a crowdfunding campaign for their most powerful model to date.

The UP Xtreme is a 4.8″ x 4.7″ computer with support for up to an Intel Core i7-8655UE processor, up to 16GB of onboard RAM, and an expected shipping date of September or October, depending on the configuration.

It’s up for pre-order through Kickstarter, with prices starting at €249 (about $280) for a model with an Intel Celeron 4305UE processor and 4GB of RAM.

The company is positioning the UP Xtreme as a solution for industrial applications, thanks to its compact size, support for 12-60V power input, shock and vibration resistance, and other features… not to mention the support for expansion boards that can be used to add more ports or additional functionality such as hardware-accelerated AI processing.

But at its heart, the UP Xtreme is basically a compact computer capable of running Windows, Linux, or other operating systems. It has four USB 3.1 ports, two Gigabit Ethernet ports, an DisplayPort and Ethernet ports, a SATA connector, M.2 2230 and M.2 2280 slots, and a whole bunch of other I/O options… although there are no SODIMM slots, so one thing that’s not easily upgradable is the RAM. 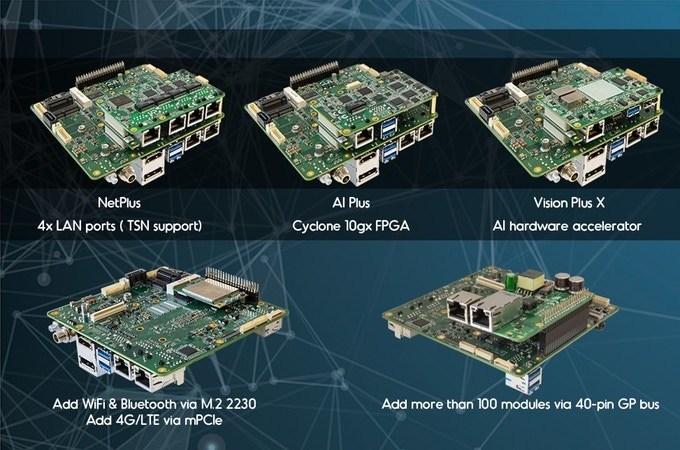 The developers are also working on a fanless chassis designed for the computer.

But while the starting price for a model with a dual-core Celeron processor is pretty reasonable, the cost goes way up if you want a model with an Intel Core i3 or more powerful CPU. So if you’re looking for a single-board computer, the UP Xtreme looks like one of the most powerful, versatile options to date. If you’re looking for a cheap Whiskey Lake computer and’ don’t care so much about the form factor, you might be better off just looking for a good deal on a laptop.

Source: UP Xtreme single board PC with Intel Whiskey Lake hits Kickstarter for €249 and up