This article demonstrates using SAMI with simple, off-the-shelf sensors and hardware. Specifically, we will be gathering climate data from a low-cost temperature sensor and relaying that data to the cloud via SAMI APIs. From there, we can analyze our collected data in real-time or historically. This autonomous combination of hardware, software and networking is now being referred to as IoT (Internet of Things). 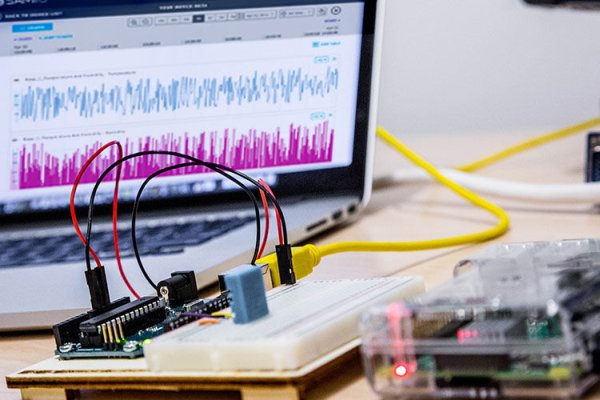 This article assumes you have experience uploading code to an Arduino Uno with the IDE and running a Raspberry Pi.

Hardware components we will use in our demo

Software we will write 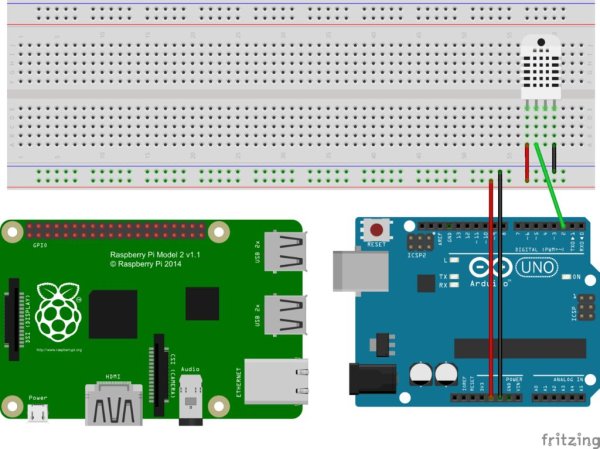 Step 2: Set up the Arduino and the temperature sensor

Now let’s wire the sensor. We are using a DHT11 here. They are not the most accurate, but they are cheap and easy to use for our simple use case.

Using the Arduino IDE, upload the Arduino code (dht11.ino) to the Uno. This code reads the temperature data from the sensor and sends the value (in Fahrenheit) to the serial port every 2 seconds (you can change this parameter in the code later, since SAMI limits the number of messages per day).