The joke was when the Nintendo 64 first hit the streets around a quarter century ago, that the 64 in the name referred not to the technology on board, but to the excessive cost of the cartridges. Whatever the truth in that, it’s something now completely laid to rest by [Konrad Beckmann] with his Nintendo 64 flash cart powered by a Raspberry Pi Pico (Nitter Link). 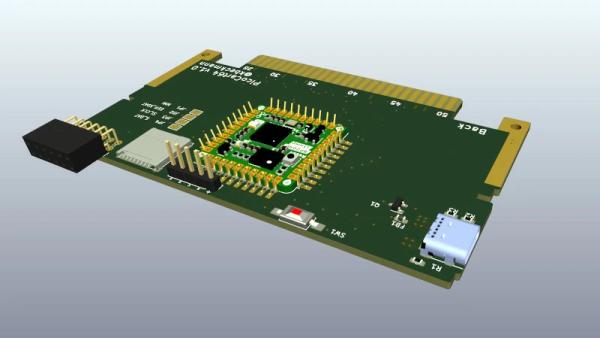 The schematic is surprisingly simple, in that the Pico does everything required to both interface to the N64 and to an SD card to hold the software. The clever work is done by the RP2040 firmware, which can be found along with the hardware details in the “develop” branch of the project’s GitHub repository. And while the earliest version was a Raspberry Pi Pico with a host of jumper wires, the more polished version focuses on a custom PCB and bare RP2040 chip.

Perhaps the N64 hasn’t received the attention it should have over the years, overshadowed as it was by its competitors such as the original PlayStation, but it’s projects like this one which remind us that there’s still life in Nintendo’s ’90s flagship. Speaking of which, if you were on Team Sony back in the day but still want to put your Pi Pico to use, check out this DIY PlayStation Memory Card we covered recently.

Source: WHAT DO YOU GET WHEN A RASPBERRY PI PICO FLASHES A NINTENDO 64