V-Play has recently announced that they’re now supported on the Raspberry Pi! The news came after a user succeeded in porting the framework to the Raspberry Pi in order to play V-Play’s version of Flappy Bird.

V-Play is a desktop and mobile cross-platform development solution based on Qt. V-Play aims to make it easier for developers to create apps by using JavaScript and QML, the Qt 5 declarative language. V-Play supports iOS, Android, Windows Phone and desktop platforms including Windows, Mac and Linux. All of this means that the V-Play SDK can do everything you need to develop professional mobile apps and 2D games!

V-Play provides a large list of components that cover UI, multimedia, networking, etc. Importantly, all components that V-Play makes available through QML are implemented in C++, which guarantees the best performance. V-Play claims that thanks to QML you can write 10 times less code than using C++ directly. V-Play also provides a number of sample apps including a Twitter app, a messaging app, and a weather app for you.

With V-Play you can enjoy native performance. Although game logic is provided in JavaScript by you, performance-critical parts of the engine like OpenGL ES rendering or particle effects are implemented in rock-solid C++, providing the ultimate performance your game deserves. 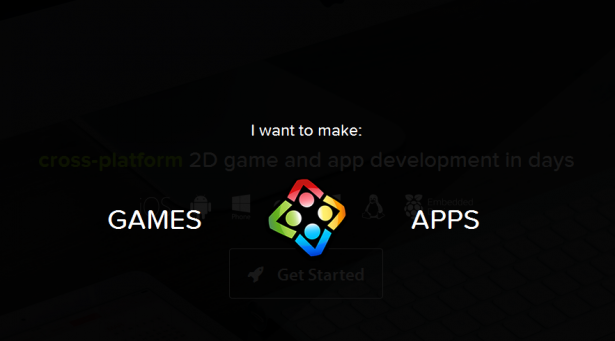 V-Play is built to handle all possible aspect ratios and resolutions of modern mobile devices. Simply design your game once for a logical scene and V-Play will take care of the rest. This means no black borders or distorted images, but a native look for smartphones, tablets and desktops with a single code version.

V-Play even loads different image bundles based on the devices’ pixel density to save costly memory resources.

Qt Creator includes a QML debugger and profiler allowing you to debug your custom components and JavaScript functions. It even allows you to inspect and change property values and QML code at runtime and to immediately see the changes, as well as being able to measure the time of element creation and binding evaluations.

The V-Play Game Network is the cross-platform gaming service that allows players around the world to compete for game highscores and achievements. True cross-platform support allows your players to compete on iOS, Android, BlackBerry 10, Symbian, MeeGo and desktop platforms such as Windows, Mac and Linux. The V-Play Game Network will increase your player retention and bring new installs to your game.

Level creation & balancing are the most time-consuming tasks in 2D game development. Thus most developers create their own, specialized editor for their game to make level creation more efficient.

That’s why we engineered the V-Play Level Editor!

It is like an “Editor Toolbox to rapidly create content for any game you want”. So no matter if you create a platformer, a puzzle game, action game, Match-3 or a Clash of Clans like game – you can use the V-Play Level Editor for super-fast level creation & balancing.

V-Play Apps is a QML module for developing feature-rich, cross-platform apps with the native look and feel of the underlying platform optimized for iOS & Android mobile apps.

V-Play applications are written in QML code. QML is a declarative language provided by the Qt framework that makes it easy to create stylish, custom user interfaces with smooth transitions and animations. In addition, QML components can be linked with C++ code, allowing you to implement more complex functionality and access third-party framework integrations.

If you’d like to get Beta Access to V-Play on Raspberry Pi, you can find all the details here or else get in touch directly with the V-Play team!

For More Details: What is V-Play?