Now that the Windows 10 Insider Preview is available for those that have already signed up, the .NET framework is now available on another platform that some of us are probably already familiar with – the Raspberry Pi 2. This new addition to the .NET-capable platforms gives those of us already familiar with the Visual Studio development environment a new outlet for our creativity. 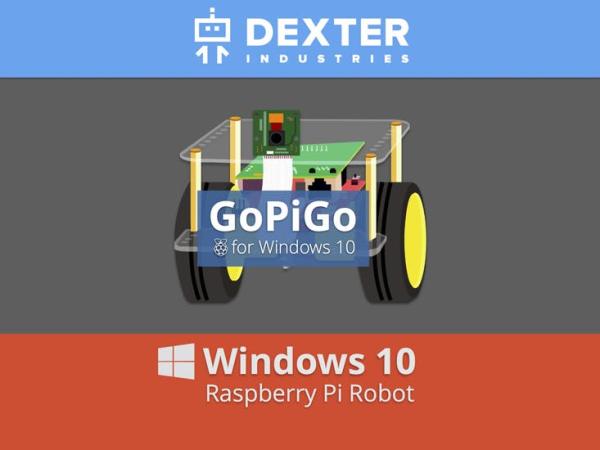 Dexter Industries has created an aptly named add-on for the Raspberry Pi called the GoPiGo. The GoPiGo is a robotics kit that allows the Raspberry Pi to go! It adds two motorized wheels, a protective chassis, and a battery pack, giving the Pi the mobility of an RC car.

The project is still a work in progress, and this guide will help get you started. Follow along with our tutorial to get the GoPiGo, the Raspberry Pi 2, and Windows 10 to go, go, go…

There are a few things you’ll need to set up before you can get started:

Set up your Windows 10 development Environment on both a PC and the Raspberry Pi 2. This can be easily done by following this guide.

Fully assemble the GoPiGo. It’s very simple, straight-forward, and only takes about 15-20 minutes.

Setting Up The Solution

Now that you’re running on Windows 10, and you have your Raspberry Pi 2 set up with the Windows 10 IoT image, its time to get started with the GoPiGo! Let’s navigate to the directory where you’ve downloaded the GitHub project. You’ll see a file named “GoPiGo.sln” – open it with Visual Studio 2015. Once the project loads,

And now, finally, it’s time to run the solution. Make sure that the GoPiGo is turned on, and that both the devices are receiving power. The Raspberry Pi should show the device name and IP address on the screen your HDMI cable is plugged into. Note that if you turned your Raspberry Pi on before plugging in the HDMI cable, you may have to reboot the Pi to have the cable recognized.

It may take several minutes to deploy the solution, particularly for the first time. It has taken up to 5 minutes for me. If you happen to encounter an error relating to the device not being found, or the debugger not attaching, you may have to restart the device, or try deploying. I’ve encountered this issue randomly, and I’ll assume that it will be corrected by the time Windows 10 and Windows 10 IoT are officially released to the public.

Once the solution finishes deploying, you’ll see the below user interface 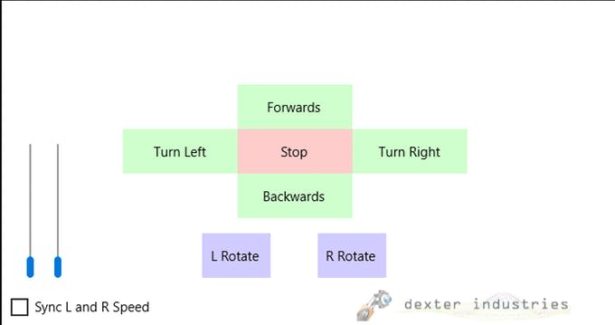 The controls are mostly self explanatory, but here are some important notes:

For more detail: Windows 10 on the GoPiGo

Story I'm a big fan of .Net, and Windows 10 IoT, so it was very exciting the first time when I...