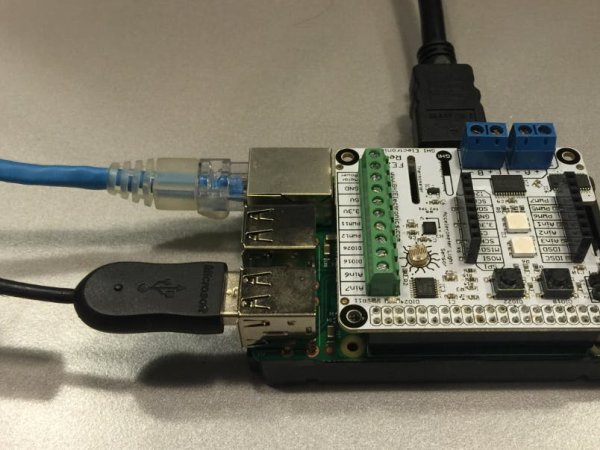 This lab is stand-alone, but is used at Microsoft to accompany a presentation about Azure, Windows 10 IoT Core, and our IoT services. If you wish to follow this on your own, you are encouraged to do so. If not, consider attending a Microsoft-led IoT lab in your area.

In this lab you will use a Raspberry Pi 2 device with Windows 10 Iot Core and a FEZ HAT sensor hat. Using a Windows 10 Universal Application, the sensors get the raw data and format it into a JSON string. That string is then shuttled off to the Azure IoT Hub, where it gathers the data and is then displayed in a chart using Power BI. The JSON string is sent to the IoT Hub in one of two ways: packaged into an AMQP message or in a REST packet. If you use AMQP, which is the recommended approach, you will need to have the AMQP port open on your firewall/router.

Note: Although AMQP is the recommended approach, at the time this lab was written that protocol was not supported by the Azure IoT Core SDK for UWP (Universal Windows Platform) applications. However, it is expected to be implemented in a short time, since it’s currently under development.

This lab includes the following tasks:

The following sections are intended to setup your environment to be able to create and run your solutions with Windows 10 IoT Core.

Setting up your Software

To setup your Windows 10 IoT Core development PC, you first need to install the following:

Setting up your Devices

For this project, you will need the following:

To setup your devices perform the following steps:

2.  Get a Windows 10 IoT Core SD Card or download the Windows 10 IoT Core image as per the instructions on https://developer.microsoft.com/en-us/windows/iot/GetStarted, be sure to follow the steps to mount the image, and run the installer on your development PC. If you already have the OS image on a card, you still need to follow this step to get the IoT Core Watcher and Visual Studio templates on to your PC.

3.  Once you have the image on the card, insert the micro SD card in the Raspberry Pi device. 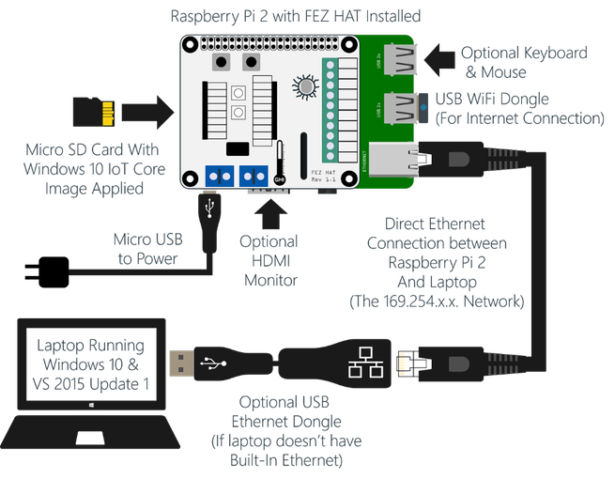 6.  Run the Windows 10 IoT Core Watcher utility (installed in step 2) in your development PC and copy your Raspberry Pi IP address by right-clicking on the detected device and selecting Copy IP Address.