Playing with a radio controlled toy is much fun. When is comes to water vehicle, we love them maneuvering whole day. If you are passionate for Windows and are a good hacker, this article is for you.

This article reveal the technique to modify RC Boat that will be controlled using Windows Phone. In addition, the source code contains libraries to develop application for Windows based OS, too. 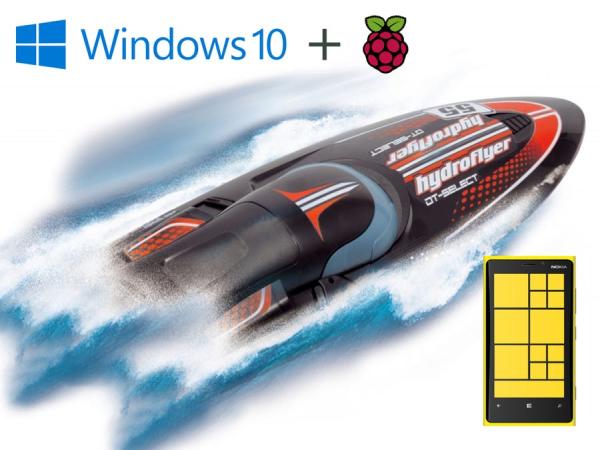 Whats new in this article?

Microsoft has released awesome features to the Windows IoT build 10.0.10556 (Insider Preview). With this build, now you can write Arduino sketch for Windows IoT Core directly from Visual Studio 2015 (Refer this article for more information).

RPi2 supports for PWM and UART on board but current release of Windows IoT Core (10.0.10556) doesn’t. Regarding to this project, we need PWM to control motor speed and serial (UART) for ESP8266-01 and GPS.

As per Windows IoT Release notes, ADC and PWM is supported via external chips but I’m not sure about the availability of that chips in all regions. While Arduino is widely available worldwide. So why not to chose Arduino. In addtion, it is a full-fledged microcontroller having its own benefits.

Before going further, you must need following:

Lightning is a set of providers to interface with GPIO, I2C and SPI through the lightning Direct Memory Access driver. In short, it is the new driver which provides high performance against default inbox drive by accessing direct memory mapped driver. By default Windows IoT Core is configured for default inbox driver.

The source code for the project is only developed for Mode 2. With minor changes you can program for Mode 1 as well as 3 if you really understood the concept of Gateway.

With the release of Windows IoT build 10531, ADC and PWM are supported via external chips. That means there is no direct support for on-board pins. Even, on-board Serial Port is useless because it may be used by kernel debugger.

In this project, WiFi (ESP8266) and GPS module (uBlox Neo6mV2) uses Serial Communication (UART). PWM is going to be used for motor speed control as well as to control servo for configuration mode 3. Thus some extra components will be required to accomplish goal. Arduino Nano or Arduino Pro Mini (16MHz) will be used to provide Serial Port as well as PWM signals. It will work as gateway:

Now, Windows IoT can access to ADC, PWM and Serial devices via gateway. To access any peripheral connected to the gateway device, it just need to access gateway chip via I2C bus.

If major peripherals are connected to the gateway (Arduino), then what will be the responsibility of Raspberry Pi 2 and Windows IoT?>Raspberry Pi and Windows IoT can be called the brain. It gets data via ESP8266, process them and controls the peripheral via gateway. Arduino is limited to its memory and processing power, thus its not capable to deliver real-time application. For ex: The real power comes when you wanna use Windows IoT for video processing, sound processing, autonomous system, etc.

You don’t need to modify ESP8266-01 and Gateway sketch. You just need to upload it. Once you have uploaded, it will work like charm. You just have to code for Windows IoT.

This project is a bit complicated. Thus the code is divided into three parts:

Main objective of ESP8266 Sketch is to create Access Point and listen for incoming GET request. Request will be consists of arguments that must be placed into global argument buffer. Once arguments are copied, respond back with plain text which consists of data sent from Windows IoT via Gateway. Thus ESP8266 Sketch is responsible to communicate with remote device.

Gateway Sketch provides ADC, PWM and Serial service to Windows IoT on demand. It is also responsible to exchange data with ESP (using UART) as well as Windows IoT sketch via I2C. 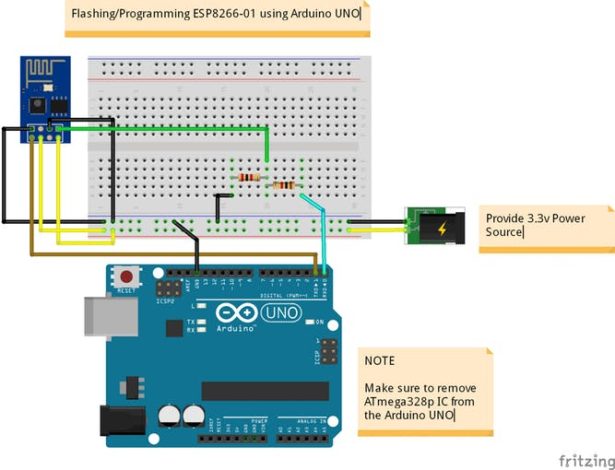 42 of the Most Useful Raspberry Pi Commands

Sometimes it’s hard to keep track of all the Raspberry Pi commands you use, so I created a list of some of the...