Build an automated door that unlocks itself using facial recognition.Home security systems are a growing field of projects for Makers. A self-built system is not only less expensive than a bulky professional installation, but it also allows for total control and customization to suit your needs. 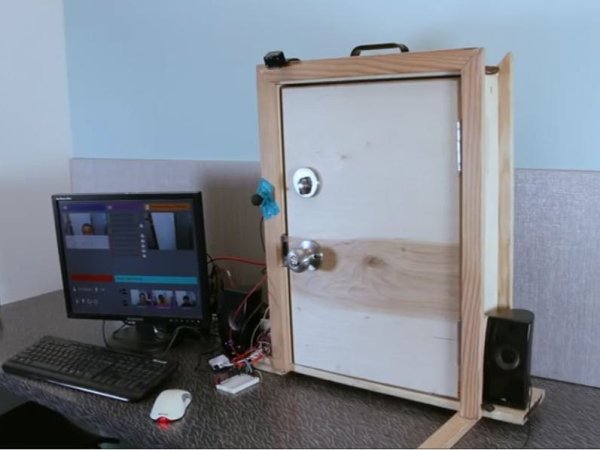 With the introduction of Microsoft’s Project Oxford, facial recognition applications are now more accessible to makers than ever before. This project utilizes a Raspberry Pi, basic Webcam, and an internet connection to create a door that unlocks itself via facial recognition. If the visitor at the door is recognized, the door will unlock!

A brief demo of the Windows IoT Facial Recognition D

How will you expand the project? What features will you add? Let us know in the comments section below! 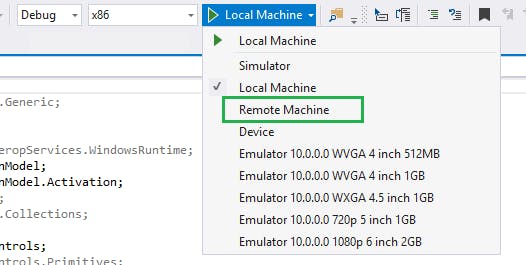 The MBM configuration is shown here. Raspberry Pi users should select ARM instead of x86.

Use WindowsIoTCoreWatcher to find your IP address. 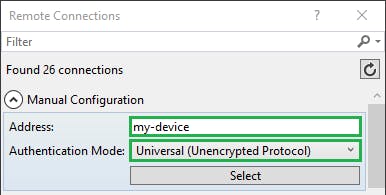 For more information on how to deploy your application on a Windows IoT device, please see this documentation.

The following screenshots were taken on a PC that was set up to act as a Raspberry Pi would.

When you first run the project, this is the screen you should see. On an MBM you would have set the DisableLiveCameraFeed variable to false in step 6 of Software Setup and instead of seeing the camera icon, you would see a live feed of what the camera is seeing.

There are three buttons located on the bottom app bar. The first is a “plus” icon. This is used to add a new user to your “whitelist.” Any user on the whitelist is essentially marked as a “friend” and allowed to unlock the door using their face. Try pressing the “plus” button now. You should see this screen:

Position yourself or a friend in front of the webcam and press the Capture ID Photo button. You should see this screen with your newly captured selfie: 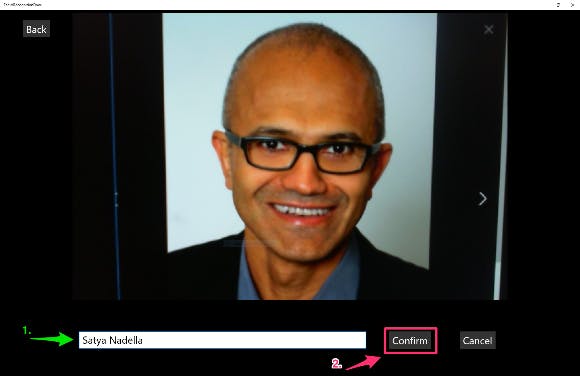 If you’re happy with the photo, enter the name of the person in the photo and press Confirm. If not, just press Cancel and take another photo.

After pressing Confirm, you will be sent back to the main page, but you will now see a user under the Whitelisted Visitors section: 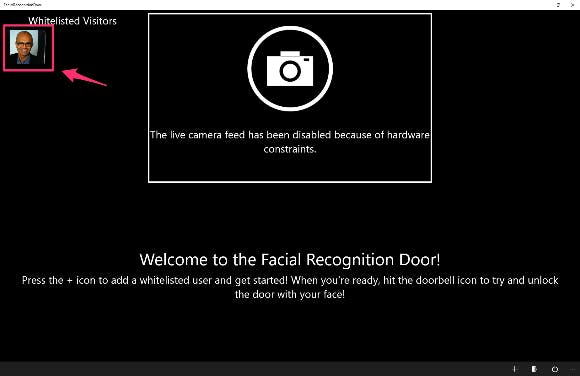 Click on that user’s image in the upper-left corner of the page to navigate to that user’s profile page:

Tiny device could replace expensive lab-scale equipment for many applications. Spectrometers — devices that distinguish different wavelengths of light and...