* This entire process should take about 20 minutes

Pianobar is a free/open-source, console-based client for the personalized online radio Pandora. 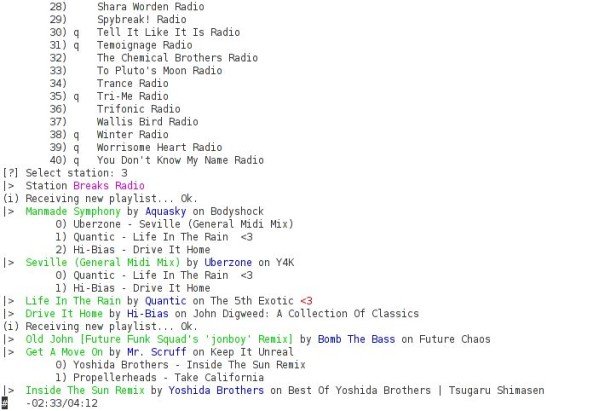 Use your Raspberry Pi as a wireless Pandora Radio jukebox! You can  choose to add a display and controls to your Pi to set and navigate stations, however, this tutorial will use an SSH client and mobile devices (tablet or phone) to utilize pianobar’s features.

– Power adapter compatible with the MicroB connector on the Raspberry pi

– USB Keyboard (no mouse required, all steps done in a terminal environment)

The Raspberry Pi always needs to boot off of an SD card loaded with an operating system (OS) disk image.

There are many OS versions offered for the Raspberry Pi, however, in this example, I have chosen to use Raspbian “Wheezy”.

Download the OS disk image and write it to your memory card. To write the image I used Win32 Disk Imager. Once the image is written to the card, plug the card into the Raspberry Pi’s SD card reader and power on the device. (Be sure you have all the proper I/O devices plugged in, i.e., keyboard, USB wifi adapter, HDMI monitor.)

Keep in mind, if you mess up anything along the way, just reformat your card, reload the disk image and start again. No harm no foul.

Upon powering the Raspberry Pi with the SD card plugged in, you will see the system automatically listing information about the operating system and peripherals. You do not need to know what it all means for this project, but I absolutely wouldn’t discourage you from reading it and learning a little bit about your Raspberry Pi for your own benefit!

After the boot information is complete, you will be prompted with the raspi-config window. Here you should make the following changes:

– Expand root partition so all space on the SD card is usable.
– Set timezone.
– Enable SSH server (so you can control pianobar with your mobile device as well as continuing this installation on your desktop or laptop via SSH).
– Disable boot to desktop, we want to configure this program using only the terminal environment.
– Do not update your Raspberry Pi at this point (we need to configure the wireless USB module first)
– Do not restart your Raspberry Pi at this time.
* I also do not recommend overclocking your Pi for this project, the default setting works perfectly and overclocking will reduce the overall lifetime of the hardware.

Navigate to your network interfaces with the following command:

Erase all the text and copy and past the code you see below: 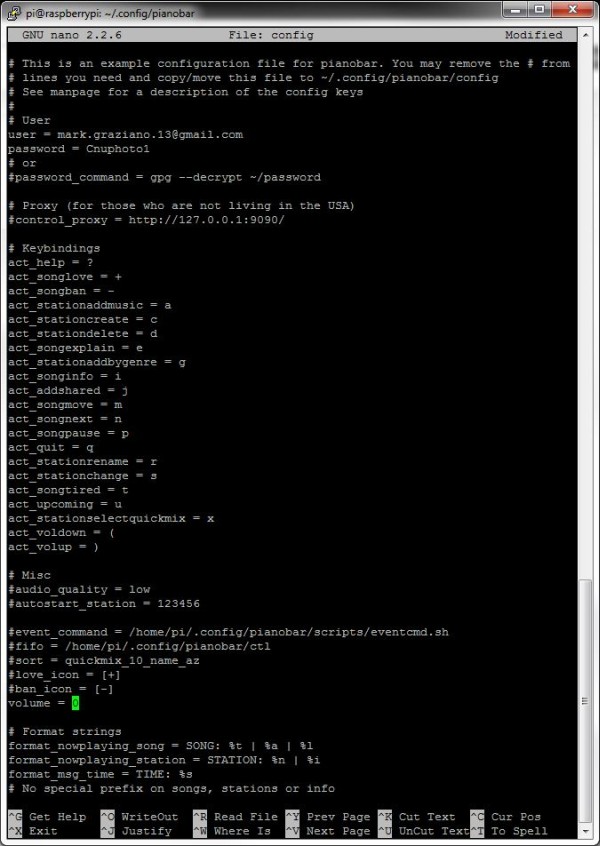 To save this edit, hit ctrl+x, you will be prompted if you would like top keep the change, type Y and hit enter for yes and hit enter again to confirm the path of the file.

Hello Everyone! This instructable explains how I setup a Raspberry Pi to open my garage door using a smarthphone. While...