LONDON — Two years ago, Gartner predicted that 30 percent of our interactions with technology in 2018 would happen through conversations with voice-based systems. Last month, an analyst predicted that Amazon’s Alexa will drive $10 billion in sales by 2020. 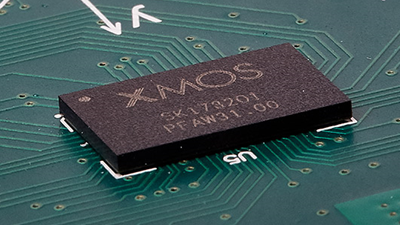 Voice recognition was a popular topic at last year’s Consumer Electronics Show (CES), with many commentators musing that 2017 would be the year of voice recognition. According to market research firm Gartner,  conversational platforms — including voice recognition — will be one of the top 10 strategic technology trends for 2018. They are expected to drive a paradigm shift in which systems are increasingly capable of answering simple questions (such as “how’s the weather?”) as well as more complicated interactions. A primary differentiator among conversational platforms will be the robustness of their conversational models and the API and event models used to access, invoke and orchestrate third-party services to deliver complex outcomes.

Earlier this year, XMOS launched its first far-field voice processor family, the XVF3000, and associated development kit. The company claims it is the only supplier in the world to have achieved Amazon AVS qualification for a far-field linear mic array development kit that enables easy integration of Amazon’s Alexa into smart panels, kitchen appliances and other commercial and industrial electronics.