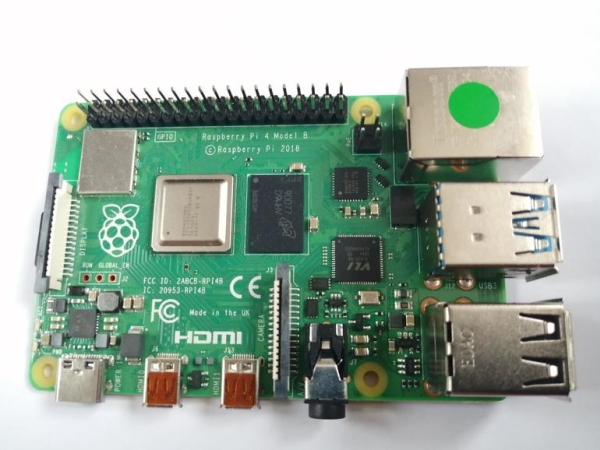 The low-cost, single-board computer launched at the end of June, and is the first Pi board to use a USB-C power socket.

Following reports of certain USB-C cables not working with the Pi 4, the Pi’s co-creator Eben Upton has confirmed that not every USB-C cable will power the Pi.

The Pi 4 doesn’t receive power when used with electronically marked or e-marked USB-C cables, the type used by Apple MacBooks and other laptops.

“A smart charger with an e-marked cable will incorrectly identify the Raspberry Pi 4 as an audio adapter accessory, and refuse to provide power,” says Upton.

“I expect this will be fixed in a future board revision, but for now users will need to apply one of the suggested workarounds. It’s surprising this didn’t show up in our (quite extensive) field testing program.”

Upton says this technical breakdown of the underlying issue in the Pi 4’s circuitry by Tyler Wardoffers a detailed overview of why e-marked USB-C cables won’t power the Pi.

Until any future board revision, Raspberry Pi 4 owners will need to use non e-marked USB-C cables, the type used by many smartphone chargers, with a power supply that can deliver the 5.1V/3A the board needs. One option is to buy the $8/£8 official Raspberry Pi 4 power supply.

Ward suggests that “using older chargers with A-C cables or micro B to C adaptors will also work if they provide enough power”.

The Raspberry Pi 4 marks a significant upgrade for the Pi, introducing a new CPU and GPU, upping the Pi’s memory to 4GB, introducing USB 3.0 for fast storage, and adding support for dual 4K displays.

To find out more about the Raspberry Pi 4, check out our review, our gallery, or our interview with Upton about the new board.