How to build cheap and easy data dashboards for your startup

Ever since we moved to our shiny new offices in Holborn we longed to have zero-maintenance always-on dashboards showing interesting stats on every aspect of the company. 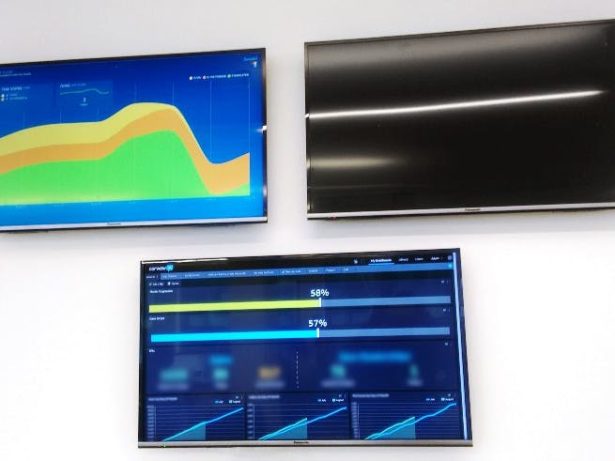 Initially we tried a spare Mac Mini, which was a disappointment — it took up lots of space and it felt wasteful to use more of such expensive devices to cover for our 6+ large screens. After trying out several solutions (including small android devices) we settled with Raspberry Pis which work delightfully and are easy to conceal.

Before we start, please note that I use a Macbook at work so my examples will be focused on MacOS users.

Let’s begin with a boxed Raspberry Pi, USB and Ethernet cables, and an SD card:

Let’s ensure that our machine has Homebrew, Nmap, Git, and Ansible installed:

Next, we’ll want to install Raspbian Linux on the MicroSD card:

When our SD card is ready, we can put the Pi device together:

In my case, I connect the Pi straight to my Macbook via ethernet and then I enable Internet Sharing:

We’ll need to know the device’s IP address, you can use nmap to find it out, for example when I connect it straight to my Macbook I can use this command:

As mentioned before, here at carwow we have many TVs mounted on walls and we want to be able to set-up multiple dashboards quickly, so I wrote an Ansible script to configure new devices (and upgrade them when necessary).

The beauty of this solution is that we won’t need to control our Pi with Screen, Keyboard and Mouse, the provisioning will be done remotely by the main computer.

First we’ll need to download the Ansible playbook via Git:

We’ll make copies of the wpa_supplicant.conf and hosts files from the examples provided:

The hosts file needs to be edited to have the ip address we found previously with Nmap, in my case:

Next we’ll edit these lines in wpa_supplicant.conf to include our wifi network credentials

Finally we’ll run the ansible-playbook command to provision the new device. Pay attention to the hostname you’re setting on your device, in this case I’m using rpi-dashboard-main, you can customise it to your will. If you won’t set a hostname variable then it will stick to the default value which is raspberry.

That’s it! Once Ansible has finished running its scripts, the device will reboot and we’ll be ready to test it out using RealVNC’s Viewer, which can be downloaded here: 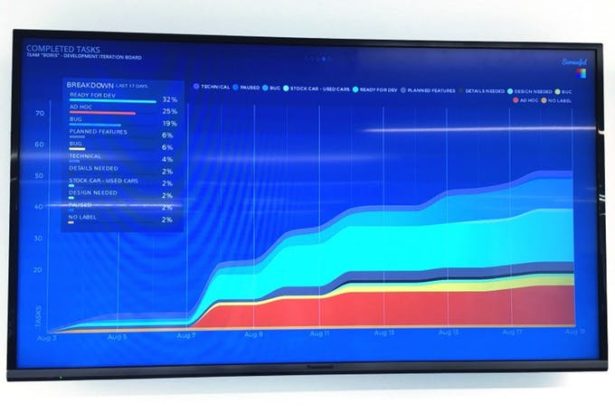 Now we’re ready to set up the dashboard.

I will use Screenful for my example, you can use whatever you want (could be Newrelic, Heroku, etc…). It’s a neat service that creates dashboards out of a Trello account so that you can monitor progress of your iterations. I will elaborate how to get good looking and effective dashboards in the future, for now let’s stick to something simple and pre-made.

For more detail: How to build cheap and easy data dashboards for your startup

In the era of Internet of Things, we wanted most of our home appliances to become smart. But currently, smart...