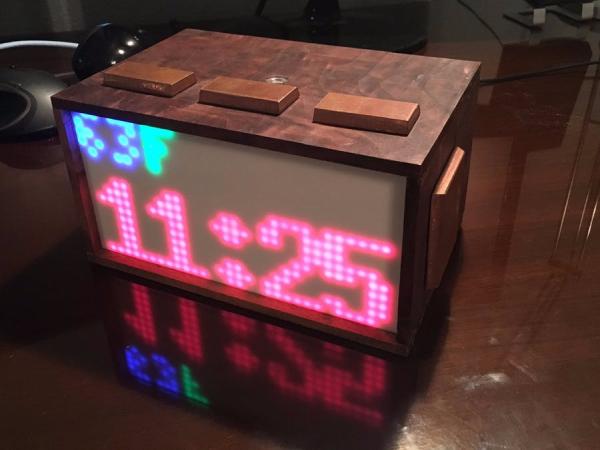 Have you ever thought about something for TWO and a half years? I mean, there were some breaks in there. I had other things in life come up, career goals to focus on, and even moved states! But, from the first idea to the last bit of glue drying on this project… it’s been on my mind. Some technological advances greatly helped me finish this project. It was really nice going from a Raspberry Pi B+ to the Pi 2 and enjoying the speed boost! 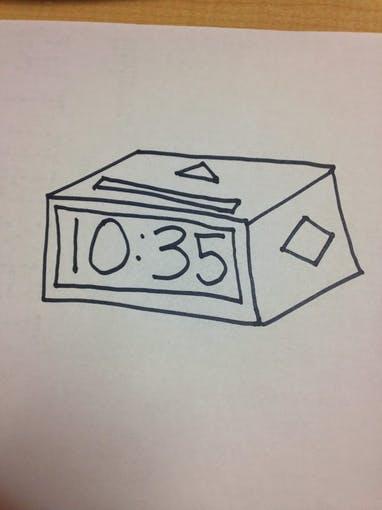 What started as a quick sketch to one of my coworkers became a two and a half year journey. I’ve learned a lot of new skills that I would not have pursued if it was not for this project like:

Objective: Create an alarm clock which gets me out of bed as pleasantly as possible.

Requirements: – Wake up to a Spotify playlist —This way, I can edit the playlist on my phone or computer anywhere in the world – not relying on FTPing local files and connections to the Pi – Set the alarm from a webpage – Screen is viewable from across the room – Turn on a bluetooth lightbulb