Many thanks to Dave Typinski for the additions/corrections/phase plane probability map   I added the various edits to paragraphs “Which kind of signals could I receive ?”, “A bit of scientific background”, “About CML-Io Phase Plane Probabilities”. 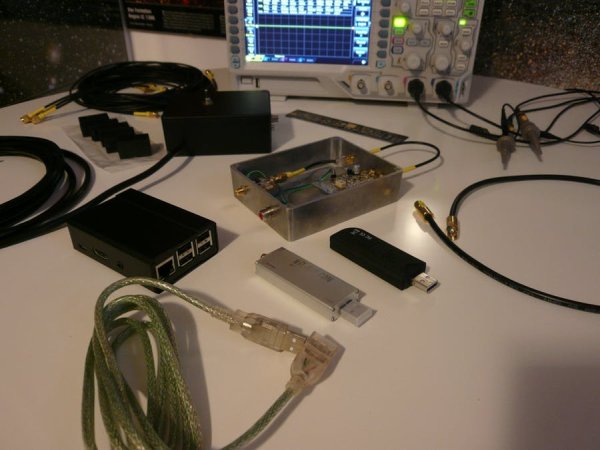 I updated the software used in this project to use a different FFT library and different file format for improved performance and reduced storage space.

This new version makes use of a modified version of rtl-power-fftw by Klemen Blokar and Andrej Lajovic. The new sources are available here

Old version of the software is available here

All the software has been built and tested both on Raspberry PI 2 and 3.

It runs well also on a Debian Jessie virtual machine.

rtl_power_fftw can be compiled also on Windows but I did not try this yet.

Amateur radio-astronomy with your Raspberry PI

Amateur radio-astronomers built several devices in order to receive, listen and/or display signals from outer space sources, many use custom made radio receivers, others use HAM radio receivers. Recently, various experiments have been done using the cheap rtl-sdr dongles (radio receivers originally meant to listen radio and watch TV on your laptop).

With this project I want to try receiving radio emissions from the Sun or Jupiter and its satellite Io. I want to build an automated radio station, cloud connected as an IoT device that any amateur could easily replicate, joining the project and forming a collaborative, open science effort to easily share the spectrograms of the received emissions.

Which kind of signals could I receive ?

It is very easy to receive Radio Frequency storms from the Sun, but also Jupiter produces strong RF emissions. You can receive radio emissions from these sources on different frequencies. The upper part of the HF band ( between 10 and 30 MHz ) is often the target of scientific monitoring for both Sun and Jupiter. Many other frequencies can be monitored up to 1.7 GHz with these radio dongles but I will focus on the HF band with this project.

A bit of scientific background

Jupiter decametric radio emission, first discovered by Burke and Franklin in 1955, can be received between 15 and 30 MHz with a modest antenna array. The Earth’s atmosphere attenuates the emission progressively more the further one looks below 15 MHz. Jupiter’s magnetic field strength limits its decametric emission to a maximum of slightly under 40 MHz, but Jovian emission also gets weaker the higher one goes in frequency. Most Jovian emission above 30 MHz is weak, requiring large antenna arrays to see it.

You can read the whole story of the discovery of Jupiter’s radio storms on the wonderful Radio Jove NASA website . On the same website you will find the description of a very good dedicated radio receiver on 20.1 MHz . 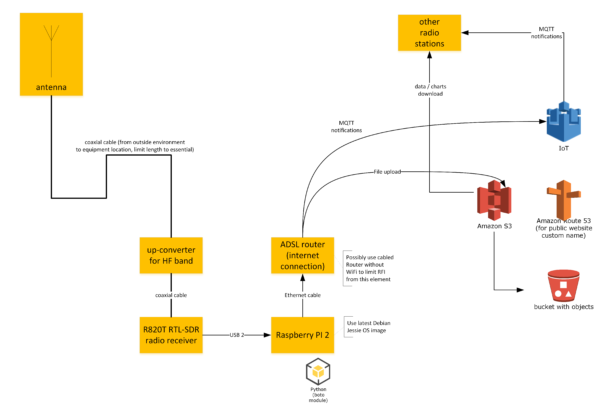 The relative geometry between Jupiter, its satellite Io, and Earth has been observed to have a modulating effect on the emission, making it more or less likely to be observed at different times. There’s a probability distribution chart that you will find in various scientific papers that has been built based on years of data logging since 1957. Data is still being collected and the probability parameters updated.

ams AG, a multinational semiconductor manufacturer and provider of high performance sensors and analog ICs, had announced the AS7221, an...