Technologic Systems announced their latest Single Board Computer, the TS-7180, has entered in to their engineering sampling program (see below for details). The TS-7180 is developed for any industrial application, but is especially suited for industrial control automation and remote monitoring management applications such as unmanned control room, industrial automation, automatic asset management and asset tracking.

The TS-7180 comes standard with 512MB of RAM, with configurations in the family that go up to 1 GB of RAM. For on board data storage there is 4GB eMMC MLC flash  that is configurable as 2GB pSLC mode for additional system integrity.   A microSD socket is available for additional storage, or removable media requirements. 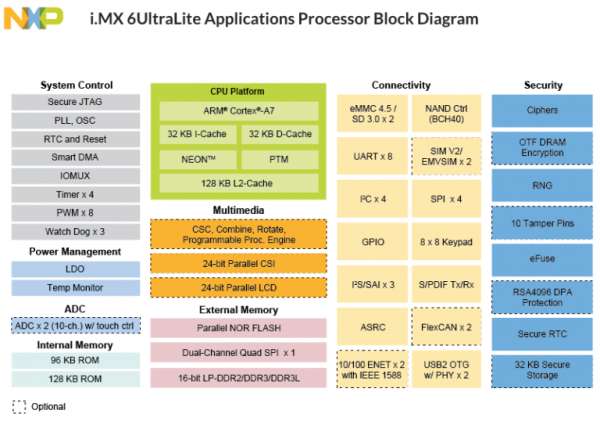 For added system integrity the TS-7180 comes standard with Cypress 16kbit  FRAM (FM25L16B). FRAM is a nonvolatile memory employing an advanced ferroelectric process that  reads and writes like a RAM, and retains data like EEPROMs. It provides reliable data retention while eliminating the complexities, overhead, and system level reliability problems caused by EEPROM and other nonvolatile memories. Unlike serial EEPROMs, the FM25L16B performs write operations at bus speed. No write delays are incurred. Data is written to the memory array immediately after each byte has been transferred to the device.  Also, the TS-7180 ships with TS-SILO which will provide up to 30 seconds of reserve power in the event of a power failure. This precious extra time gives the board time to gracefully power down and ensures file system integrity in the onboard Flash or SD Card.

The TS-7180 has an impressive suite of Data Acquisition and Control options allowing you to focus on analyzing and interpreting data.  There are 7x Digital Input/Output ports that can sink up to 500mA, or withstand up to 30V at the input.  The TS-7180 offers 4x channels of ADC, accessible via Linux kernel, that do not require any sort of programming to use.   Pulse width modulation (PWM) has been included for a wide variety of applications, ranging from measurement and communications to power control and conversion.  The TS-7180 provides three independent 16-bit wide quadrature counters, via the FPGA, and are accessed through I2C.  The quadrature and edge-counter inputs provide access to a tachometer.

The TS-7180 has a host of standard industrial interfaces to ensure it will fit into any industrial application.  The TS-7180 has a WiFi (802.11 b/g/n) and Bluetooth (4.0BLE) onboard radios standard.  Cellular connectivity is also available with either NimbeLink or MultiTech modems via the cellular sockets.  Digi’s many XBee radios are also supported.  There are two 10/100 Ethernet ports, a RS-485 port, 4 COM ports (3x RS-232, 1 TTL UART) as well as a SPI, I2C and CAN Bus.  USB Host, Device (Serial Console) and OTG (via daughter card header) are available. A user programmable button is also standard.

Almost all available interfaces are brought out through 40 industrial grade screw terminals, including four removable terminal blocks for UARTs, CAN, ADC, and other general purpose IO.

Control a fan using a relay at a specific temperature threshold. Story I noticed that the media furniture where I...