News just in from the folks at Raspberry Pi: the newest version of their Pico has WiFi and is called, obviously, the Pico W. We were going to get our hands on a sample unit and kick its tires, but it’s stuck in customs. Boo! So until it shows up, here’s what we can glean from the press releases and documentation. 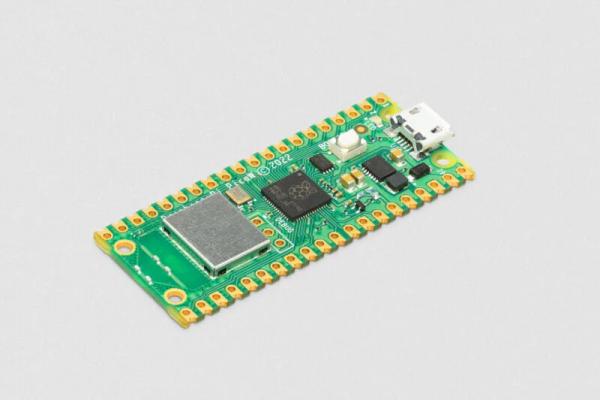 The Pico is, of course, the Raspberry Pi microcontroller dev board based on their RP2040 microcontroller. This in turn has two Cortex M0+ cores and a good chunk of onboard RAM, which has made it a popular target for MicroPython. They had some extra real estate on the PCB, so they’ve added an Infineon CYW43439 WiFi chip, and voila: Pico W.

As of now, the WiFi is supported in both the C SDK and the pre-baked MicroPython image. It looks trivially easy to get it working, and it’s based on the time-tested lwIP stack, a classic in the embedded world. The CYW43439 is also Bluetooth capable, but there’s no firmware support for that yet, but we wouldn’t be surprised if it showed up soon.

The price? $6 for the whole shooting match. You can view this two ways: a small $2 premium over the old Pico, or a price increase of 50%. How you see things probably depends on your order quantity. Either way, it’s firmly in the ESP32 module price range, so you’ve got some comparison shopping to do if your project needs a microcontroller and WiFi. And in these days of silicon shortages, it’s nice to have a couple of options.