Decent laptop computers have been available for decades now. Despite this, there’s still something charming and enigmatic about a computer hidden within a briefcase. [MakeFailRepeat] wanted just such a rig, so did the maker thing and built one. 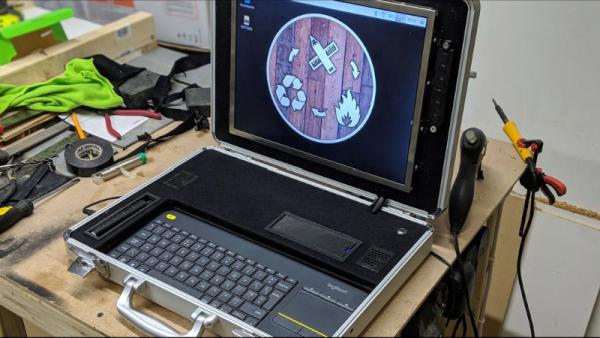 The project began when [MakeFailRepeat] was donated a 15″ monitor that ran on 12V. Naturally, it needed to be used in an awesome project, and the build began. MDF panels were cut to mount the screen inside an aluminium briefcase, and covered in black felt for a pleasing look and feel. A Logitech wireless keyboard and touchpad combo is used for input. The brains of the operation is a Raspberry Pi, equipped with a UPS HAT to handle battery and mains power, and an Adafruit Speaker Bonnet for sound.

The project was inspired by the classic video game Captive, released on Amiga, Atari, and MS-DOS platforms way back in 1990. While we’re pretty sure [MakeFailRepeat] isn’t trapped on a space station, his briefcase computer should nonetheless prove useful. A computer isn’t the only thing you can build into a briefcase, though. Video after the break.

Source: A BRIEFCASE COMPUTER FOR YOUR HACKING NEEDS

THE AUTOMATED SOLUTION TO YOUR UNPOPULARITY

You feel that you’re unpopular and no one likes you. The bad news is that if that’s the case in...