Part of the fun of watching action movies is imagining yourself as the main character, always going on exciting adventures and, of course, being accompanied by the perfect soundtrack to score the excitement and drama of your life. While having an orchestra follow you around might not always be practical, [P1kachu] at least figured out how to get some musical orchestration to sync up with how he drives his car, Fast-and-Furious style. 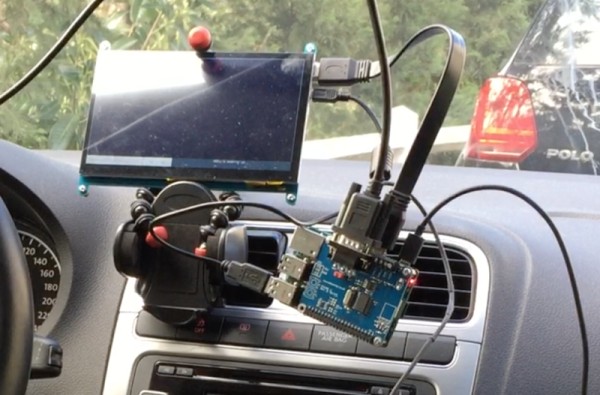 The idea is pretty straightforward: when [P1kachu] drives his car calmly and slowly, the music that the infotainment system plays is cool and reserved. But when he drops the hammer, the music changes to something more aggressive and in line with the new driving style. While first iterations of his project used the CAN bus, he moved to Japan and bought an old Subaru that doesn’t have CAN. The new project works on something similar called Subaru Select Monitor v1 (SSM1), but still gets the job done pretty well.

The hardware uses an Asus Tinkerboard and a Raspberry Pi with the 7″ screen, and a shield that can interface with CAN (and later with SSM1). The new music is selected by sensing pedal position, allowing him to more easily trigger the aggressive mode that his previous iterations did. Those were done using vehicle speed as a trigger, which proved to be ineffective at producing the desired results. Of course, there are many other things that you can do with CAN bus besides switching up the music in your car.