When finished, you’ll have a fully functioning AVS prototype that uses Conexant’s development kit as an audio front end.

This guide assumes that you’ve already setup your Conexant AudioSmart 2-Mic Development Kit for Amazon AVS. If you haven’t setup your Development Kit, see the Conexant Quick Start Guide. When assembled, your setup should look like this: 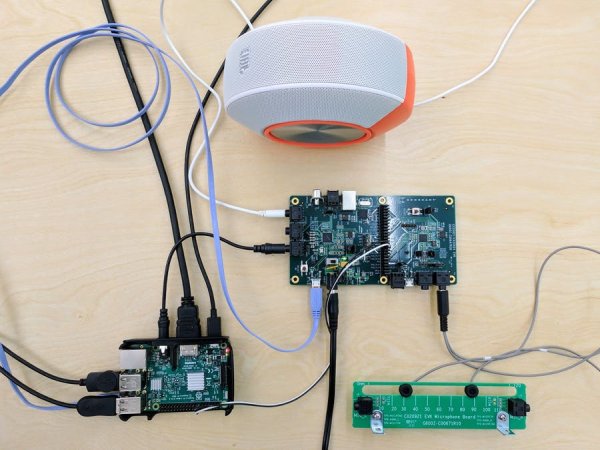 Step 2: Setting up the Raspberry Pi

Next we’ll need to install Raspbian Jessie on our Raspberry Pi. The easiest way to do that is by downloading NOOBS.

What is NOOBS? NOOBS is an easy operating system installer which contains Raspbian. It also provides a selection of alternative operating systems which are then downloaded from the Internet and installed.

Downloading NOOBS utility on your Raspberry Pi to install the utilities you need for this AVS walk through. Terminalcomes pre-installed on the Raspberry Pi, and you can get to it from the Desktop. You can learn more about Terminal

NOTE: If you have a micro SD card that came with NOOBS pre-installed, make sure it has Raspbian Jessie available as one of the install options. If not, follow the steps below to download the latest version of NOOBS.

Booting up the Raspberry Pi

Pi to Azure to Alexa

Overview This project is about surfacing information from a Raspberry Pi through an Microsoft Azure infrastructure to an Amazon Alexa...