There are a number variations on a saying  ”Never let a programmer have a soldering iron; and never let an engineer have a compiler” 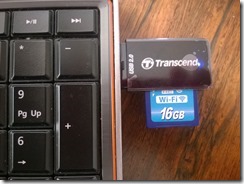 It’s been my experience over many years that hardware people are responsible for rubbish software. Years upon years of shoddy hardware drivers, dreadful software bundled with cameras (Canon, Pentax I’m looking at both of you); Printers (HP, Epson), Scanners (HP – one day I might forgive you) have provided the evidence. Since leaving Microsoft I’ve spent more time working with Linux, and every so often I get into a rant about the lack of quality control: not going back and fixing bugs, not writing proper documentation (the “Who needs documentation when you’ve got Google” attitude meant when working on one client problem all we could find told us it could not be solved. Only a lucky accident found the solution). Anyone can program: my frustrations arise when they do it without  proper specification, testing regime, documentation and “after care”. The Question is … what happens when Engineers botch together an embedded Linux system. 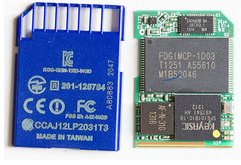 Let me introduce you to what I believe to be the smallest commercially available  Linux computer and Web server.

I’ve bought this in its Transcend form – which is available for about £25. It’s a 16GB memory card, an ARM processor and a WIFI chip all in an SD card package.  Of course chip designers will be able to make it smaller but since it’s already too easy to lose a Micro-SD card, I’m not sure the would be any point in squeezing it into a smaller form factor.  Transcend aren’t the only firm to use the same hardware. There is a page on OpenWrt.Org which shows that Trek’s Flu-Card, and PQI’s Aircard use the same hardware and core software. The Flu card is of particular interest to me, as Pentax have just released the O-FC1 : a custom version of the flu card with additional functions including the ability to remotely control their new K3 DSLR. Since I don’t have the K3 (yet) and Pentax card is fairly expensive I went for the cheap generic option.

In this tutorial we will be exploring the workings of a MSP430 based microcontroller from Texas Instruments.MSP430 is developed by Texas...