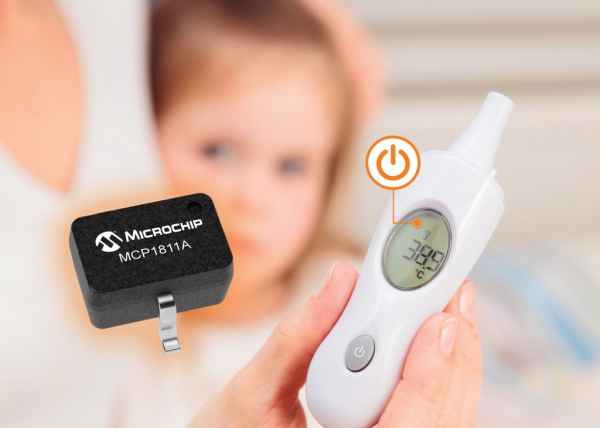 With an ultra-low Iq of 250nA versus the approximate 1uA operation of traditional devices, the MCP1811 LDO reduces quiescent current to save battery life, enabling end-users to recharge or replace batteries less often. The minimised power consumption enables portable electronic devices to run for months or even years on a single battery.
Well suited for IoT and battery-operated applications such as wearables, remotes and hearing aids, the 250nA ultra-low Iq reduces power consumption in applications by minimising standby or shutdown current.

Available in package options as small as 1x1mm, the MCP1811 consumes minimal board space to meet the needs of today’s compact portable electronic designs. Depending on the application and number of LDOs, designers can take advantage of the extra board space with a larger battery to further increase battery life.

An additional benefit offered by the MCP1811 is faster load line and transient response when compared to other ultra-low Iq LDOs. Faster response times can accelerate wake-up speed in devices such as monitors or sensors that require immediate attention.

Available as either a dual 10A or single 20A thin uModule regulator, the LTM4686 has a PMBus interface and is housed in...