The Google AIY (Artifical Intelligent Yourself) Project Team is no new and has been in existence for a while now. Their job is to deal with two significant parts of the AI community namely; voice and image recognition. Although they launched the first generation of AIY Vision and Voice kits that comes equipped with a Raspberry Pi last year, they have now modified the kits and this lead to the creation of a new generation of AIY Vision and Voice kits. Unlike the previous kits which made use of Raspberry Pi 3, the new kits which are smarter and cost-effective are based on the smaller Raspberry Pi Zero WH. 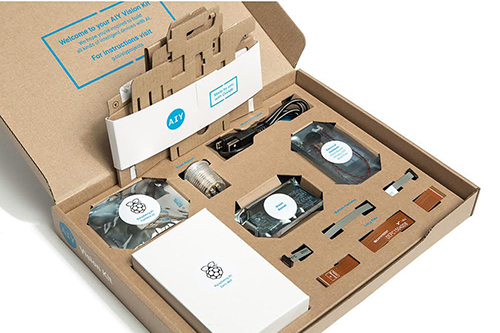 Due to the “continued demand” for the Voice and Vision kits mostly from parents and teachers in the STEM environment, Google decided to “help educators integrate AIY into STEM lesson plans and challenges of the future by launching a new version of our AIY Kits.” The new vision kit has a Raspberry Pi Camera Module V2 which can be easily assembled to create a do-it-yourself intelligent camera which cannot only capture images but also recognize faces and objects.

FriendlyElec has launched a $35 open-spec “NanoPi K1 Plus” SBC. The new NanoPi K1 Plus is a media-rich board, that switches...