Inrush current or input surge current refers to the maximum, instantaneous input current drawn by an electrical device during its initial turn on.

The inrush current of a power converter is typically the charging current of the input capacitance. 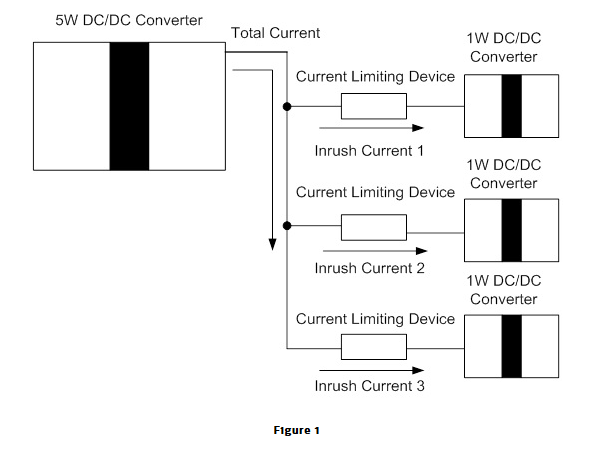 There are three passive components that can be installed at the input to the converter that will help reduce the inrush currents: resistors, inductors, and thermistors.

A resistor in series with the line can be used to limit the current that is charging input capacitors with typical values of between 0.5O to 1 O. This approach is not very efficient, especially in high power devices, since the resistor will have a voltage drop and dissipate some power.

The second way to help reduce the inrush current is by installing an inductor in series with the line with typical value of 47µH will also limit inrush current.