Anyone who’s anyone on the internet these days occasionally streams content online. Whether that’s the occasional livestream on YouTube or an every day video game session on Twitch, it’s definitely a trend that’s here to stay. If you want to take your streaming session on the go, though, you’ll need some specialized hardware like [Melissa] built into this livestreaming backpack. 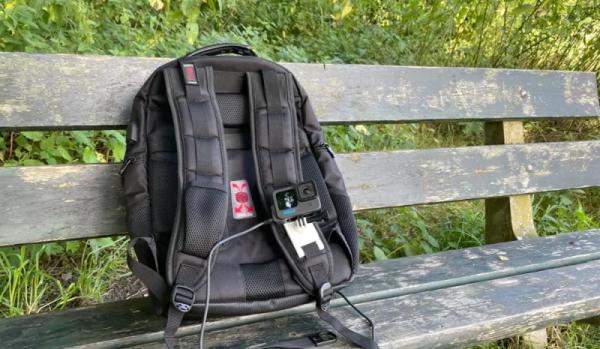 [Melissa] isn’t actually much of a streamer but built this project just to see if it could be done. The backpack hosts a GoPro camera with a USB interface, mounted on one of the straps of the pack with some 3D printed parts, allowing it to act as a webcam. It is plugged into a Raspberry Pi which is set up inside the backpack, and includes a large heat sink to prevent it from overheating in its low-ventilation environment. There’s also a 4G modem included along with a USB battery pack to keep everything powered up.

The build doesn’t stop at compiling hardware inside a backpack, though. [Melissa] goes into detail on the project’s page about how to get all of the hardware to talk amongst themselves and where the livestream is setup as well. If you’d like a more permanently-located streaming setup with less expensive hardware, we have seen plenty of builds like this which will get the job done as well.