Company Quectel brings to a market its first high-speed module EC20 which you can try yourself. More than fifty developers worked for over ten months on this module. 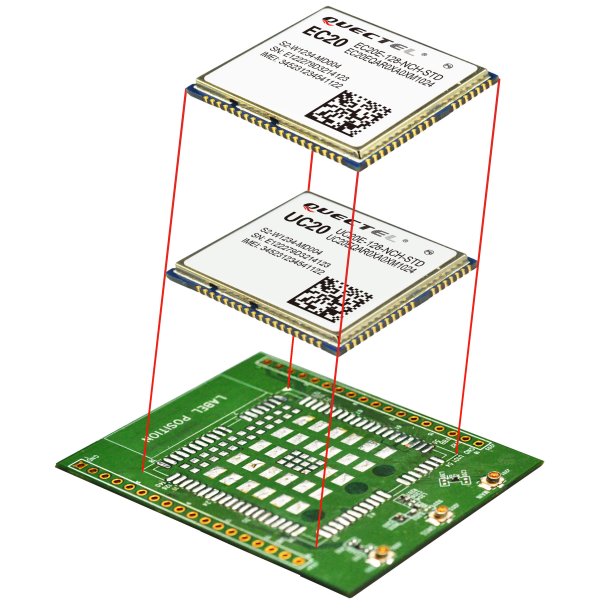 We´d like to share with you its parameters, as well as hints, which can make your work with this module easier – this is our biggest bonus to sale of modules from company Quectel.

Module EC20 arises from the M10 GPRS module and the UC20 UMTS module. These modules can be designed to a PCB in a way that you have ensured variability and a possible replacement in case, that you wish to have one board for several solutions …

From theory to the praxis…

Discussions about LTE already last for some time. One LTE transmitter (800MHz) manages up to six times bigger area than one UMTS transmitter (2100MHz). LTE protocol is already from the beginning (in contrast to UMTS) written as a high-capacity with a fast response. The first phase of area coverage is usually equal to speed of UMTS uplink/downlink. After reaching almost a 100% coverage, then usually starts the second phase, which actually speeds up to current theoretical speeds of 172,8Mbps (downlink) and 57,6Mbps (uplink). n presence, 4 bands are functional – on frequencies 800/900/1800/2100MHz and the 2600MHz band is not used so far. EC20 manages all these bands. EC20 will be produced in 2 versions, as EC20-E (for Europe) and EC20-A (for USA). Do you know that in USA also the 1559 to 1610 MHz band was approved, which however should interfere GPS signal in 1525 – 1559 MHz band, according to measurements?

BirdBox2015 no wait something is happening

I dragged myself out of bed just after 7am to make the tea, and turn on the bird box monitor....