Tektronix, Inc., a leading worldwide provider of measurement solutions, announced that it has redefined the arbitrary/function generator (AFG) with the introduction of the AFG31000 series. A completely new design, the AFG31000 features many key firsts including the industry’s largest touchscreen and new user interface that will delight engineers and researchers who need to generate increasingly complex test cases for debugging, troubleshooting, characterizing and validating devices under test. 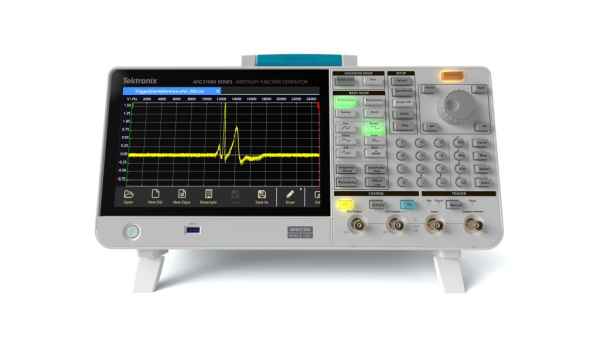 Despite their importance in electronics test and wide adoption, AFGs have lagged behind other test instrumentation in terms of usability, making do with small displays and other shortcomings that make them hard to learn and operate. Moreover, traditional AFGs lack the deep memory and programming capability needed to compose a series of test cases with complex timing – critical for optimum test efficiency. By addressing these issues, the AFG31000 represents the first of the next generation of AFGs with features and capabilities simply not available elsewhere in the market today.

A major point of emphasis for us is to put tools in the hands of our customers that make their lives easier so they in turn can bring innovative new products to market faster and more efficiently. With an interface defined last decade, AFGs have actually started to become an obstacle to productivity,” said Lori Kieklak, Vice President and General Manager, Keithley Product Line at Tektronix. “To turn that around, we looked at the AFG with fresh eyes and are already hearing from customers about how much easier and faster they can create the test stimulus they need using the AFG31000 series.

The adoption of Wearables has been on the rise especially with the advent of smartwatches and smart glasses, and a...