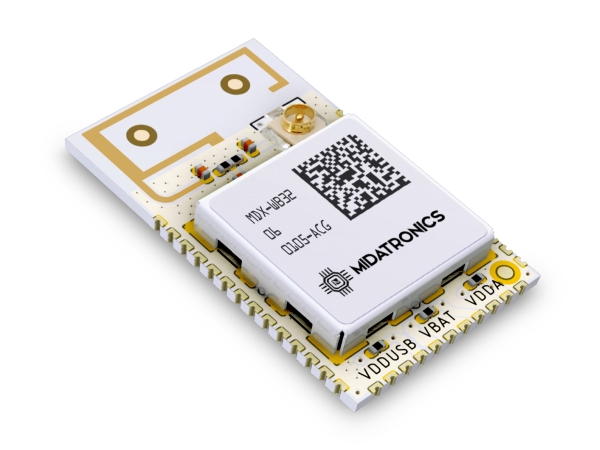 The MDX-STWBP-01 and MDX-STWUP-R01 Shrarkypro modules have an on-board PCB antenna or a UFL connector, respectively, for attaching an external antenna. Balun circuitry for connecting the antenna is integrated in the microcontroller. There is also the MDX-STWBC-R01 and MDX-STWBW-R01 modules, with a choice of a chip antenna or no antenna, respectively.

The power-efficient modules draw 13nA in shutdown mode and 600nA in standby with the microcontroller real-time clock and RAM powered up. Receive sensitivity is -96dBm and RF output is programmable, with low active current at 4.5mA receive and transmitting at 0dBm.

The modules are supplied with the RF (32MHz) and 32.7kHz crystals required by the microcontroller, already fitted. Developers can use ST’s STM32Cube development ecosystem, with configuration tools, middleware, and new extensions for the microcontroller, including peripheral drivers, connectivity libraries, and a monitoring tool for RF testing.

SODIMM MODULE FEATURES I.MX8M MINI/NANO WITH UP TO 8GB RAM

iWave Systems, a leader in embedded systems and solutions, will be launching a new System on Module based on NXP® i.MX8M Mini/Nano application...