Solar cells using upstart ‘perovskite’ materials will be shipping in three years, according to University of Oxford spin-out Oxford PV.

Photovoltaic perovskites were only invented recently.

“It is the fastest-improving solar cell material ever,” CEO Kevin Arthur told Electronics Weekly. “It has taken silicon 25 years to get to 20% efficiency. Perovskites go to similar efficiency in two years.”

It is thin-film technology where materials are coated on to sheets of glass, rather than expensively processed from mono-crystalline silicon wafers. Only tiny quantities of perovskite are required, and the raw materials are relatively cheap – no costly indium. 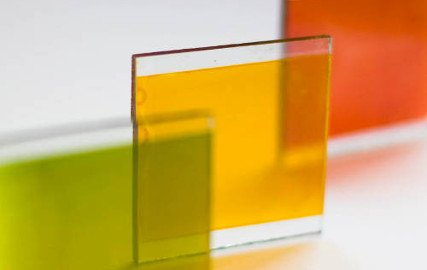 Oxford PV has been set-up to commercialise intellectual property developed at Professor Henry Snaith’s lab at the University – one of the many labs worldwide now working on perovskite solar.

In February, the company produced the most efficient perovskite cell in the world, at 17%, but Arthur down-plays the record: “We don’t announce hero cells,” he said. “I don’t feel there is a benefit. We have to produce stable, repeatable, high production yield modules.”

The aim is to develop all the technology required to make complete glass-substrate solar cell modules, and then licence this to glass makers.

As the intended market is building-integrated photovoltaics (BIPV), the modules have to be fit-and-forget with a 25 year lifespan.

So far all the solar perovskites have been somewhat moisture sensitive – although not ridiculously so like as sensitive as OLEDs.

“We will have to encapsulate to control moisture – sandwiching it between two sheets of glass with edge sealing is sufficient”, CTO Dr Chris Case told Electronics Weekly. “Also, there are some chemical stability issues. These have been reported and are being addressed. I see no obstructions between now and 25 year life.

This Instructable will walk through using a Raspberry Pi and a monitor or television to create a digital sign or...