Home games consoles have occupied a special space in the marketplace over the last 3 decades. The crowning jewels of their respective companies, they inspired legions of diehard fans and bitter enmities against followers of alternative hardware. For some, a mere handheld is a watered down experience that simply won’t do. Nay, the console itself must become portable! 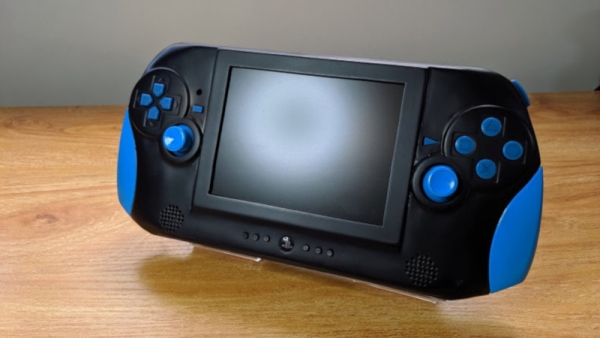 It’s this line of thinking that may have inspired [Darkwing Mod] to produce this elegant portable PlayStation 2. Started at the end of 2013, it’s the product of six years of on-and-off work, a situation familiar to many a hacker. It packs an original PS2 motherboard inside a slick black-and-blue case, expertly crafted with plastic and putty for a smooth finish. A Raspberry Pi 2 also lives inside, serving up games over a Samba share. This method was chosen for its short load times and robustness for the portable form factor, versus trying to squeeze a full DVD drive inside. It’s used in combination with Free MCBoot to load the games.

The worklog is extensive, detailing the long road to completion. It’s clear that this was a labor of love, and we hope it sees many hours of use now that it’s up and running. It’s not the first portable PS2 we’ve seen, and it likely won’t be the last. Video after the break.

Source: PORTABLE PS2 WITH A SIDE OF PI