Relative to its size the Raspberry Pi is a powerhorse of a computer – it can drive HDMI displays, process mouse, keyboard, and camera inputs, connect to the Internet, and run full-featured Linux distributions. But it’s more than just a small computer, it’s a hardware prototyping tool! The Pi has bi-directional I/O pins, which you can use to drive LEDs, spin motors, or read button presses. 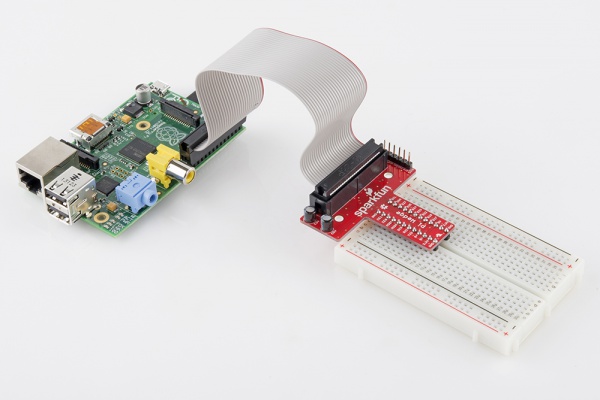 riving the Raspberry Pi’s I/O lines requires a bit of programming. Programming in what language? Take your pick! A quick glance at the Raspberry Pi GPIO examples shows that there are dozens of programming-language-choices. We’ve pared that list down, and ended up with two really solid, easy tools for driving I/O: Python and C (using the WiringPi library).

If you’ve never driven an LED or read in a button press using the Raspberry Pi, this tutorial should help to get you started. Whether you’re a fan of the easily-readable, interpretive scripting language Python or more of a die-hard C programmer, you’ll find a programming option that suits our needs.

Covered In This Tutorial

Each programming language has it’s share of pros and cons. Python is easy (especially if your a programming novice) and doesn’t require any compilation. C is faster and may be easier for those familiar with the old standby.

Here’s a wishlist-full of everything we used for this tutorial.

Some further notes on that bill of materials:

This tutorial will assume you have Raspbian installed on your Raspberry Pi. Raspbian is the most popular, well-supported Linux distribution available for the Pi. If you don’t have Raspbian set up, check out our Setting Up Raspbian tutorial before continuing down this rabbit hole.

Check out our Raspberry Pi video tutorials if you want a more visual introduction to the Pi!

The Raspberry Pi offers up its GPIO over a standard male header on the board. Over the years the header has expanded from 26 pins to 40 pins while maintaining the original pinout. 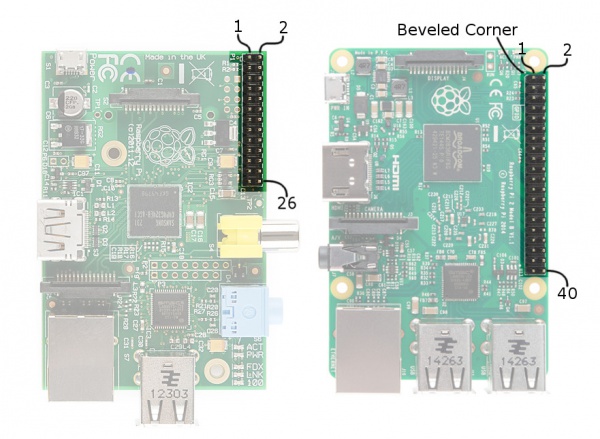 If you’re coming to the Raspberry Pi as an Arduino user, you’re probably used to referencing pins with a single, unique number. Programming the Pi’s hardware works much the same, each pin has its own number…and then some.

There are (at least) two, different numbering schemes you may encounter when referencing Pi pin numbers: (1) Broadcom chip-specific pin numbers and (2) P1 physical pin numbers. You’re usually free to use either number-system, but many programs require that you declare which scheme you’re using at the very beginning of your program.

Here’s a table showing all 26 pins on the P1 header, including any special function they may have, and their dual numbers: 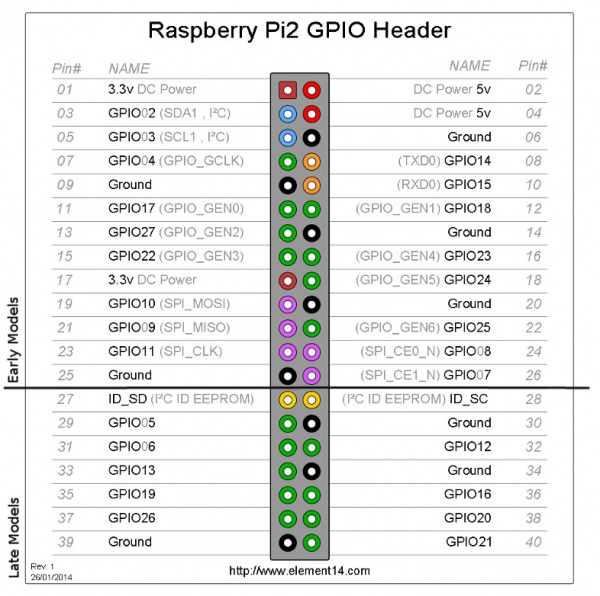 As you can see, the Pi not only gives you access to the bi-directional I/O pins, but also Serial (UART), I2C, SPI, and even some PWM (“analog output”).

To get a head start you can assemble the circuit now. We’ll use this setup for both the C and Python examples. We’ll use two LEDs to test the output functionality (digital and PWM), and a button to test the input.

Better LEDs with just a trick of the light

Light propagating in a layer of scattering nanoparticles, shows the principles of diffusion - like tea particles in hot water....