Old Netbook with Windows XP Home is likely something you have forgotten about. Breathe new life into the hardware with Raspbian OS desktop. 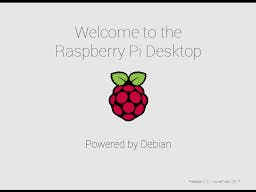 Intel Netbook PC (various manufacturers)
For this article, I am referencing the HP Mini 110 model

I have two old HP 110 Netbooks, one for myself and one for my wife. Many years ago, these were the “take on a trip” notebooks as they had Windows XP Home, WiFi, and were small enough to travel. I surely am glad I did not toss these out with the recycle stuff during the annual junk purge.

Back in the Spring of 2014, Microsoft pulled the rug from under Windows XP. I put Linux Ubuntu on the wife’s netbook and I put Linux Mint on mine. This kept the two units usable, although we both preferred by then to carry our Android tablets when we traveled. The two netbooks started gathering dust; one plugged in upstairs in the living room and mine plugged in down in my basement workroom. Sometimes, you just need a keyboard but the recent releases of Android for tablets do have rather decent on-screen keyboards (I like the “hacker” keyboard.) 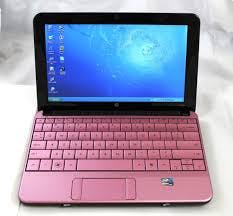 Both of the netbooks had been upgraded to 2G or RAM back during the XP days. My HP 110 had been upgraded to an 120G SSD back when I installed Mint. Both of the machines were running the Chromium browser as the default, and performance was adequate. The dual-core Intel Atom processor managed the browser acceptably, but it really did not handle YouTube well, at all in the bloated Linux environment. After all, Linux Mint and Ubuntu both state they require 512MB minimum, but 2G (in my experience) is needed to keep the OS happy and have multiple applications running and not to start swapping to external storage. When considering the user-experience, one must consider the notebook as a “system” and outside of overclocking the CPU, adding an SSD, and maxing out the RAM what else could be done? 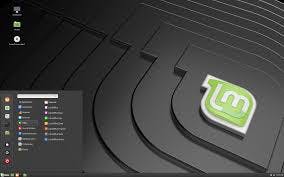 I am on an HP EliteBook at the moment with 4G of RAM and only the Chromium browser is running. My System Performance tool is indicating that 1.5G of RAM (64-bit) has been consumed and 76 processes are running within the machine. Now, this is an Intel i5-2520M CPU @ 2.50GHz which gives an average CPU Mark of 3584. Of course, the CPU must manage all of the working threads from all of the loaded processes. Thinking this through, a “lighter” OS should spawn fewer threads and a CPU with lesser capability should provide an adequate user-experience with a browser. Considering that the Intel Atom N270 used in the HP Mini netbook has a CPU Mark of only 270, we need more than a “lite” OS – we need “lean.”

Over on the HP netbook running Raspbian Stretch (32-bit), there are 58 tasks with 103 threads running (Chromium is the GUI application and TOP is the console application.) The “memory footprint” is 458MB from the 2.11G RAM pool. Neither notebooks are using any swapfile. Chromium is the heavy-hit application. However, with a YouTube tab open to full-screen, the performance of the HP netbook is very acceptable – no stuttering, video is most acceptable, and the average CPU usage is 91% (40% when YouTube is not full-screen with 415MB memory footprint.) With the Falstad.com Circuit Simulator running along with YouTube (windowed), the CPU load is only 68%, 2.059G RAM footprint and no swap-file usage. Demanding users requiring immediate OS response will not be happy, but Raspbian Stretch certainly does make a netbook usable again: even with video content. Of course, we are looking at a 10+ year old hardware design and this must be taken into account; but these smaller machines may be just what you need for you projects; for instance, working with Raspberry Pi boards. Specifically oriented to the inexpensive Pi Zero boards, the built-in GPIO Expander software is very interesting.

As always, have fun with your hacking!

As mentioned in the comments, the Raspbian Desktop OS GUI will not allow you to connect to an older, non-secure WEP access point.

For a WEP key, you must build an entry at the end of the file that looks similar to:

Note in the above that the wep_key0 is not in quotes: Quotes indicate a WPA/WPA2 key. The wep_key0 is also shown in HEX format; that is, “D” would be ‘0D’ in the conf file. Save the file using ctrl+o, ENTER to overwrite the file name, and ctrl+x to exit. Reboot the OS. A WPA entry is structured as show below and can be automatically appended to the .conf file using the GUI tool.

This shows the memory footprint of the Stretch OS plus the applications ArduinoIDE + HTOP + Chromium running + Geany editor, and the screenshot utility Shutter… still no swap-file usage.