So, why not just use a remote to turn it back off and maybe add some other things like Reading Light control, Mood Lighting?

Having the above in mind I thought of building my own Room Automation and Mood Lighting controller and for this time make it look good and “no mess visible”. I had bought some nice overpriced project enclosures a while back and the bigger one of them would be perfect for the project. 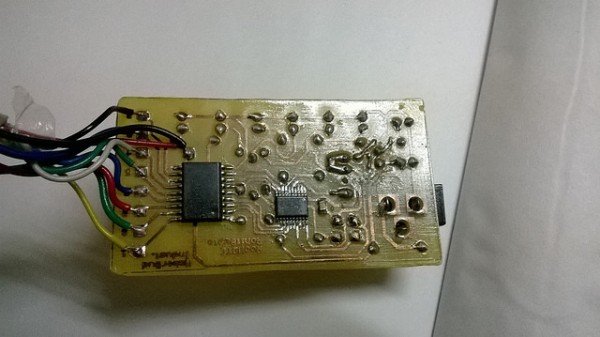 Use the old Sony Remote and with it try simply turn ON/OFF some relays for the light sockets and also dabble with a RGB LED strip to give the room a different tint at night. The system should be able to tell if a wrong action has been taken by itself. Above all it should look good (on the wall).

For the recipe, the main ingredient is MSP430 as I was able to get it in a desired TSSOP package from TI itself (The local sellers don’t seem to like SMDs), Its easy to play with thanks to Energia and best of all – Low Power .

I chose to use MSP430G2553 as i already had the chip in DIP to prototype with.

For driving the relays and the RGB LED strip ( a small part of the bigger strip with actually just 12 LEDs ) , I used ULN2803 , the octa darlington chip. And Yes ! I didnt use opto isolation for the relays.

Next, i needed some LEDs to tell which load is ON/OFF and a DC jack to mate the final module with my wall wart.

That’s pretty much the circuit part. Once, i had all the components on my table. I designed a small PCB to fit the box and house all the components and a separate Relay board for the Sockets ! Next after Toner Transfer and some etching in my OpenAgitator I got this sparkling PCB .

For more detail: RoomMote- Control the color and sockets of your Room using a Remote, MSP430 and Energia

The TSL2584TSV is a very-high sensitivity light-to-digital converter that transforms light intensity into a digital signal output with a fast-mode...