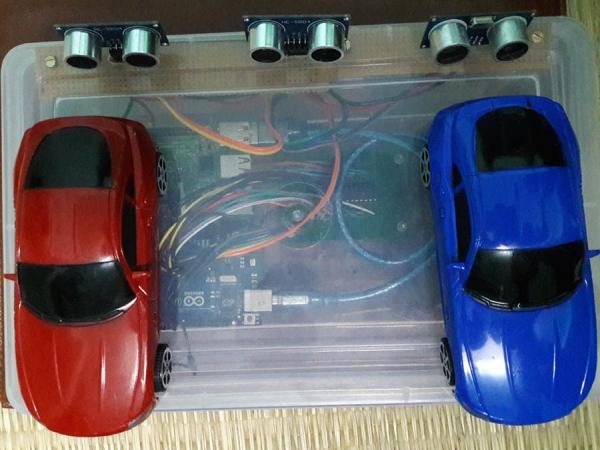 Finding a free parking lot in a congested city like Bangalore is very hard. Here, if anyone wants to go outside from home with personal car first thing comes in his mind is about parking, where he will park his car. Most of the cases, people go to a parking station and find that all parking slot are full and then he have to search for another parking lot. So, it is a big hassle and many people keep in fear about parking of his car when he gets out with his car.

So, I was thinking, how the problem can be solved and finally I succeeded to make a cloud based smart parking system and I hope implementing the system can remove the parking problem of my city. ARTIK Cloud is really a nice and appropriate platform for such job.

Using this system a user will be will able to find an available parking lot easily using mobile or web app from anywhere. The system updates parking data every 30 seconds.

In this project I will show you how you can easily build such smart system. Definitely, I will use ARTIK Cloud platform, the coolest IoT cloud platform. Before going to the details, enjoy the demo video of my demo project.

For this demo system you have to create only one new devices in Samsung Artik Cloud platform. I will show it here. I named my devices as rainbow-parking, and store parking data such as free slots in a parking lot. Raspi sends parking information according to the preset rules.

Steps involved in this project:

2. Making one application in Artik Cloud

3. Making one rule in Artik Cloud

So, Let’s start one by one. First thing first. Let’s start with making a new device in Artik cloud platform.

B) From the DASHBOARD select DEVICE TYPES and Click on NEW

C) On the DEVICE DISPLAY NAME type a name for the device and give a UNIQUE NAME, then click to CREATE DEVICE TYPE.

E) Type a FIELD NAME for your sensor data you will upload and store here and mention the DATA TYPE as integer. Then click to SAVE 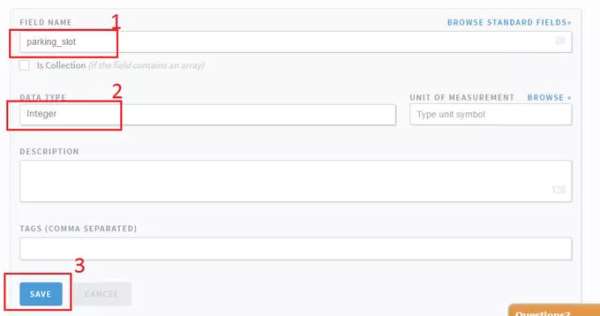 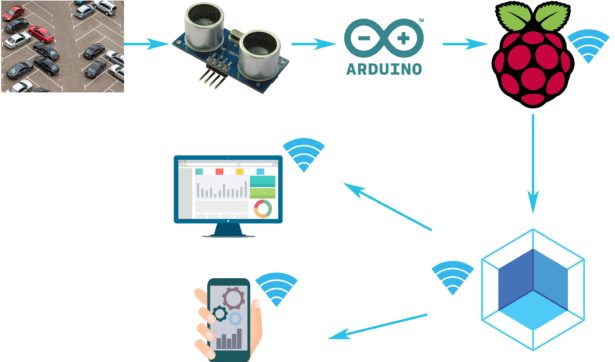 G) Make an action or select from the STANDARD ACTIONS. Click to SAVE. For our project actions will not be required. Then click to NEXT:ACTIVE MANIFEST. 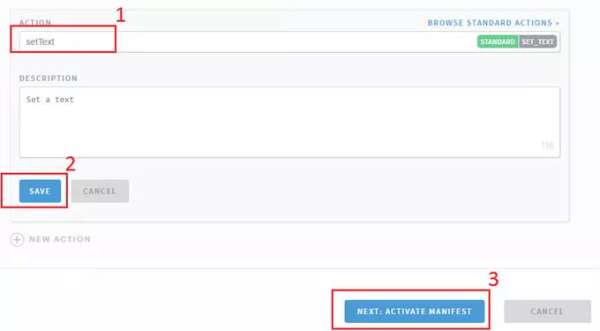 H) Take a look to Device Fields and again click to NEXT:ACTIVE MANIFEST. 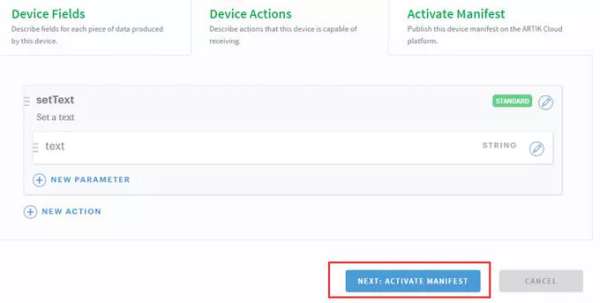 I) Congratulation! you successfully created your first device. Now you have to connect the device to Artik cloud. So, let’s do it. 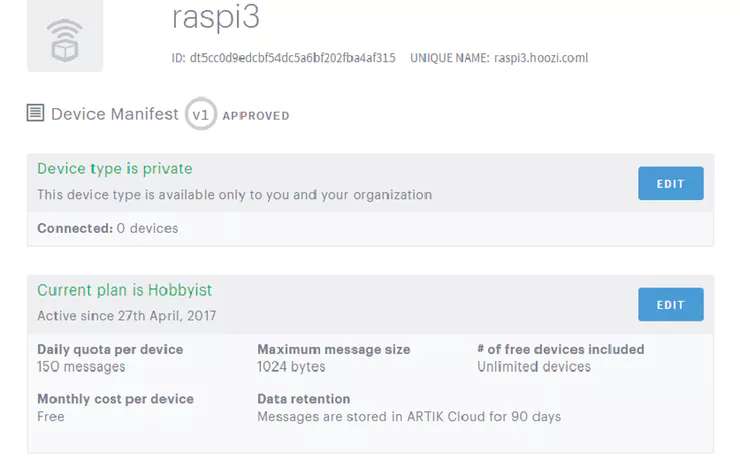 J) Go to MY ARTIK CLOUD from right top corner.

K) Click on MY ARTIK CLOUD and select DEVICES.

M) Type the name of the device you just created and click on it.

O) Your device is connected to the CLOUD. 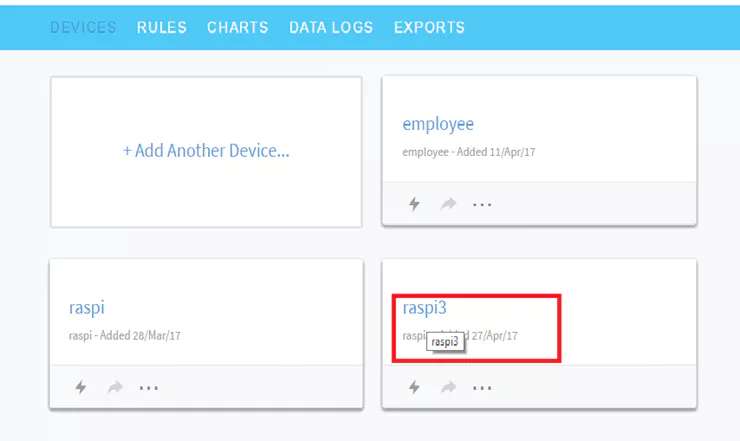 P) Click on it. Generate Token, Note down your DEVICE ID and DEVICE TOKEN. These will be required latter every time you want to connect to your device from physical devices, web apps or android apps. 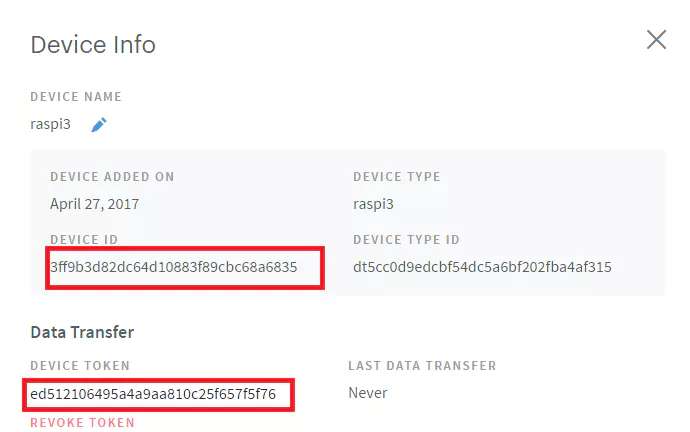 In this step we will make a rule where we set some conditions according to which Artik cloud will generate an action when the condition meets and the devices and applications subscribed to the action receive a message instantly.

C) Select a device from the drop-down and then select data field. 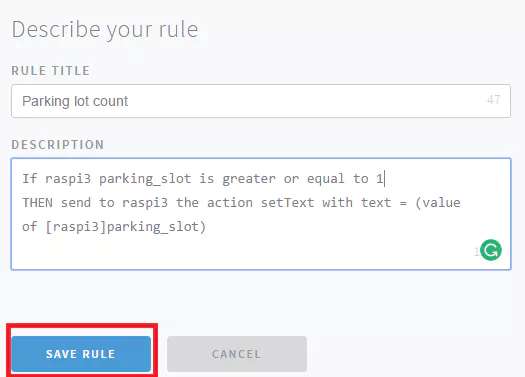 The main work of the Arduino in my project is to collect data from sensors connected to parking stations and to send the data to Raspberry pi using serial port. Here i used Arduino Mega is implemented for one parking stations. we can connect more Arduino boards for different Parking Stations. Here I used ultrasonic sensors and can be used in any location.

Details about ultrasonic sensor can be found here.

For connecting all the sensors to Arduino please see the schematic section. 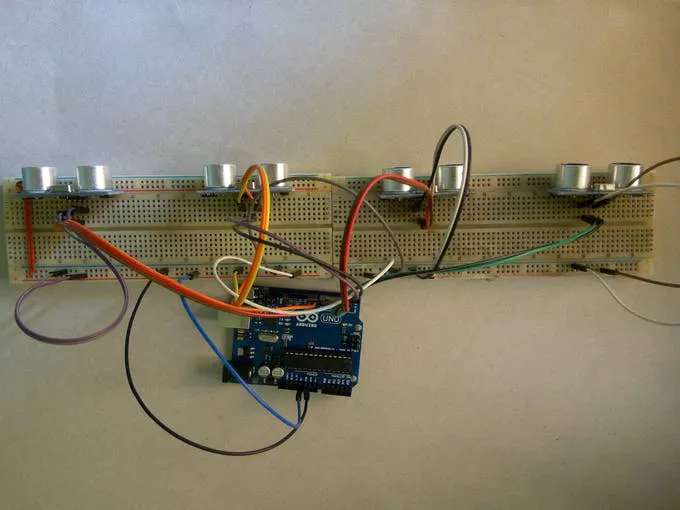 I am assuming that, you have some previous experience in working with Raspberry pi. Lots of beginners tutorials are available in the Internet.

Let’s start our work with raspberry pi. Raspberry pi is working as a WebSocket client and communicates with Artik cloud using WebSocket protocol. I used Node.js for programming. Unlike Python Node is not preinstalled on Raspberry Pi.

A). Install Node and npm on Raspberry pi using following commands in terminal.

If you successfully completed all three steps then your pi is ready to communicate with Arduino using serial port and Artik cloud using websocket. As I said earlier two raspberry pis are required for two parking station. So, download the source code for the this from the Github . You can use ftp client like FileZilla to upload the code on raspberry pi. Don’t forget to change DEVICE ID & DEVICE TOKEN in the source code.

D) After uploading the code on raspberry pi run the code by typing the following command into terminal window.

For developing web application HTML and JavaScript was used. For communicating with Artik cloud here I again used WebSocket protocol. For integrating Map in my application I used Google Map API.

Download the web-app folder from my Github and modify the DEVICE ID and DEVICE TOKEN with your own device id and token. Use ID of the device which generate the action on new data received (edison in my case). Open the websocket.html using a web browser and enjoy. See the demo video.. 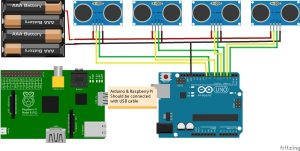