James Lewis from Kemet has made a presentation to address some of misconceptions about capacitors like how you should de-rate capacitors.
James said that de-rating depends on the chemistry and configuration of a particularly capacitor.  So he started by asking a question: Should capacitors be de-rated 50%? And the answer was not a simple true or false. It was: it depends… 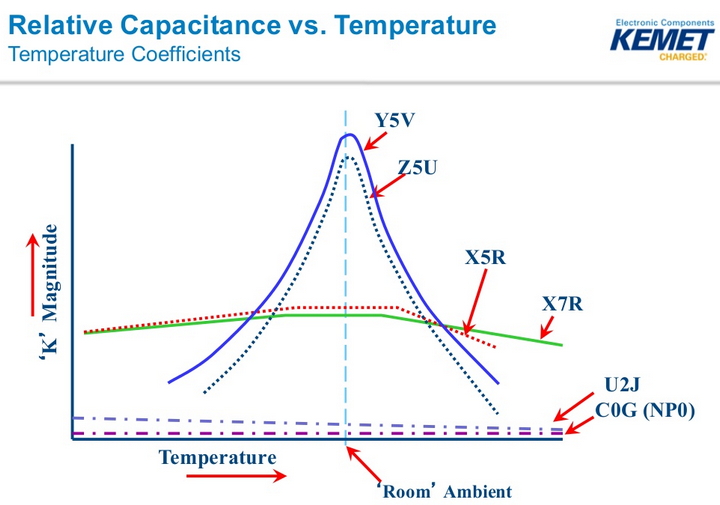 We can see that MLCC capacitance ranges, and Coefficients depend on type.

Another key point was about capacitance change vs DC bias in MLCC. It’s about the role of package size in capacitance lose over DC bias. He compared 10nf and 6.3v rated 1206 package capacitor with same one in 0805 package. Results showed that the 1206 one lost 2% of capacity, while the 0805 lost 50% at 6V. James said that the 0805 package is thinner than the 1206 one, so we need to put more layers into the design to get more capacity. So thinner package leads to worse coefficients.

He pointed out that the capacitance of Wet Aluminum Capacitors is affected on shelves, and he explained how to reform/self-heal them. 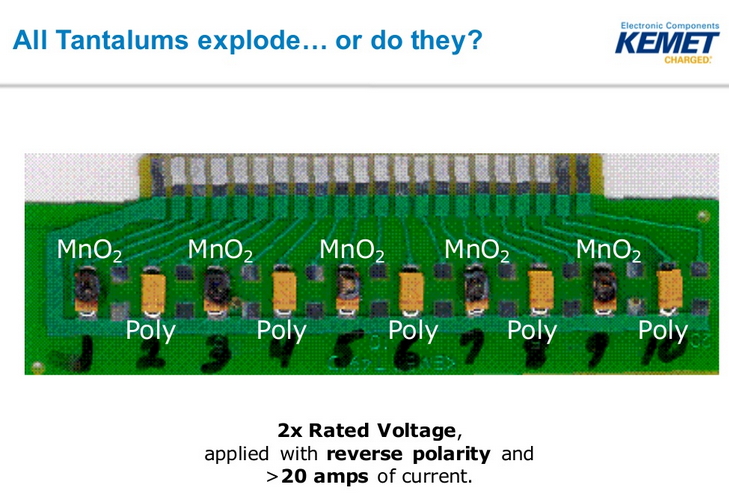 He ended his presentation up by talking about Supercapacitors, and he made a walkthrough the tools Kemet provides:
KEMET Catalog App for Mobile Devices
Capacitor Simulator K-SIM
KEMET Engineering Center (capacitor technical content)